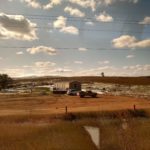 So what is it like taking Amtrak? Pleasant and relaxing. Kathie and Diane opted for a room which is cozy, to put it nicely. Although it theoretically slept three, I think that two adults and a child would be comfortable. Three adults–not so much. They got a private shower and toilet plus all included meals in the dining car.

I opted for coach, at a fraction of the price and I found it comfortable enough. The seats reclined to have a leg rest and a foot rest. It would be comparable to business class on an airline. The train was not crowded which meant that I had two seats to myself. The cafe car sold drinks and snacks but the first night I polished off the remains of the Chicago deep-dish pizza we had ordered for lunch. There were plenty of toilets and even a “ladies lounge” with sinks and seats to change and wash up.

Then there’s the sightseeing car which is a comfortable and convivial way to watch the passing scenery from the huge glass windows on each side.

As we left Union Station in mid-afternoon, we only had a few hours of daylight left. We passed through Wisconsin around sunset. 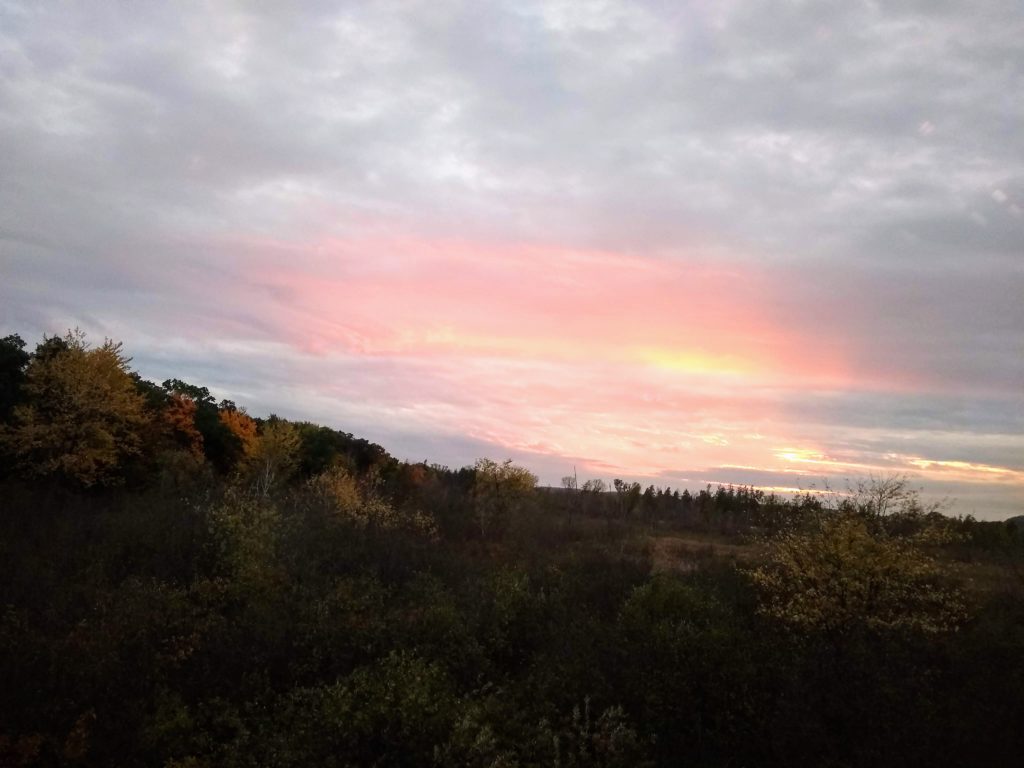 When we woke up in the morning we were rolling through North Dakota which was suffering through a highly unusual early autumn blizzard. The cafe-car manager, Miss Oliver, announced breakfast with a little song and some inspirational words. She had a beautiful voice but a no-nonsense manner when she served up coffee and pastries.

North Dakota had a certain windswept charm as we chugged across the flat snow-covered plains. 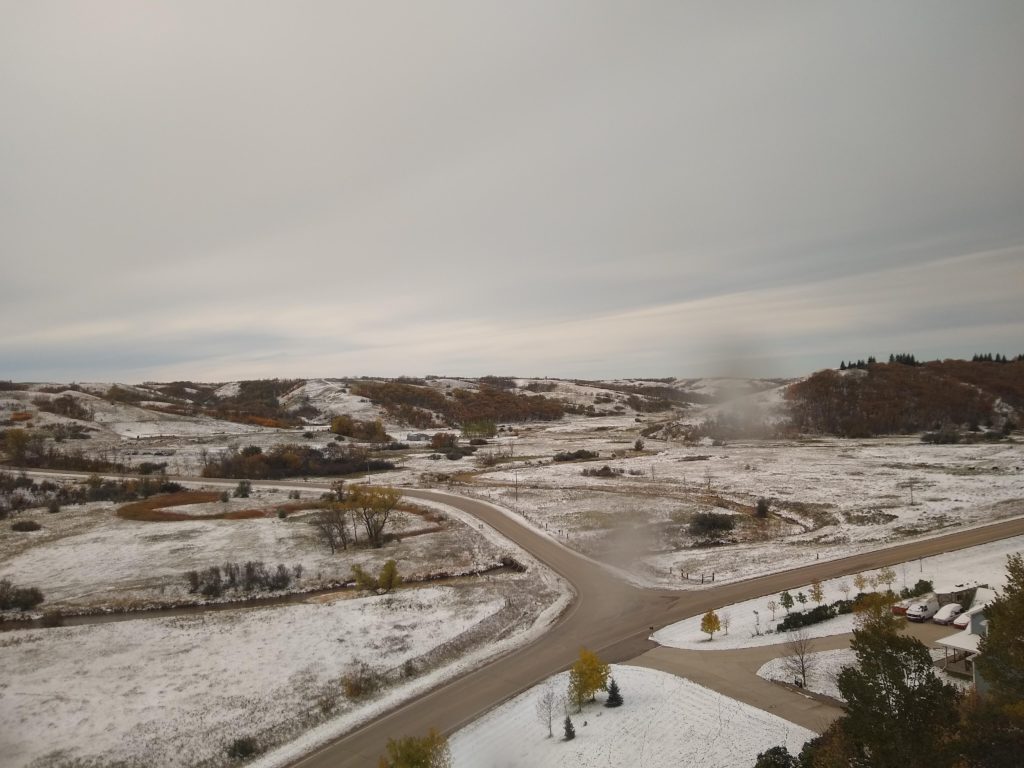 We had a short stop in Minot, enough to stretch our legs and inhale the bracing cold air at the train station which was well-maintained. Like all the Amtrak waiting rooms the TV was turned to CNN, not Fox News.

I fell into conversation with a retired school teacher from around Minot. Although he now leased out his family farm (“can’t compete with Big Agriculture”) he was mightily worried about the effects of the storm on the farming community that was already struggling under Trump’s tariffs. The fact that the storm arrived before the crops were harvested was potentially disastrous. He also bemoaned how difficult it was to enjoy his old social circle. “You can’t talk to people anymore. They all have their own facts and see conspiracies everywhere”. He had high praise for the Federal Fish and Wildlife Service, though, particularly as they regulated the deer and elk population through awarding hunting licenses. I may not wish to hunt the animals myself but I could how letting animals get mashed up in car crashes is not a good solution either.

We spent all morning rolling through the vast, lonely spaces of North Dakota. I found it curious to pass by pools of water and swampy land.I asked a guy on the train who said that the water table has been rising for years. Apparently Devils Lake is rising and flooding the land, changing the whole topography of the region. More here.

By late afternoon we passed out of the blizzard and into eastern Montana. 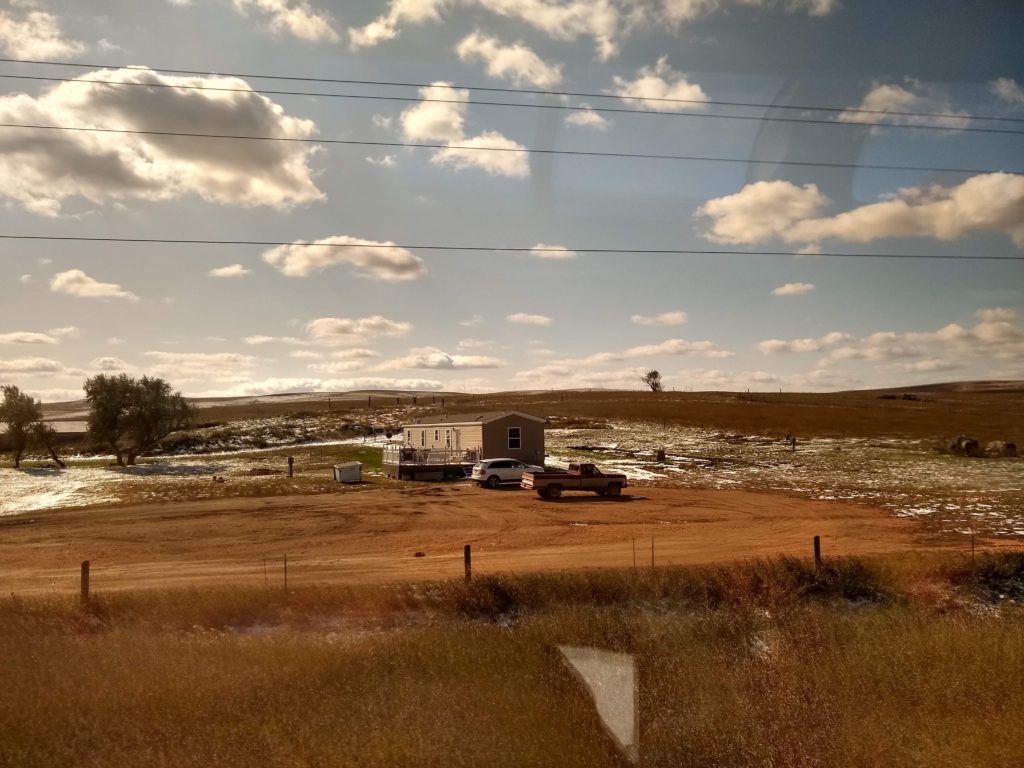 I was hoping to get a glimpse of Glacier National Park before nightfall but it was not to be. The train was badly delayed by the storm. Also, Amtrak is frequently late because they don’t own the tracks. The freight companies that own the infrastructure insist that freight trains get priority.

We passed through the National Park at night but I was happy to wake up on the Columbia River Gorge. 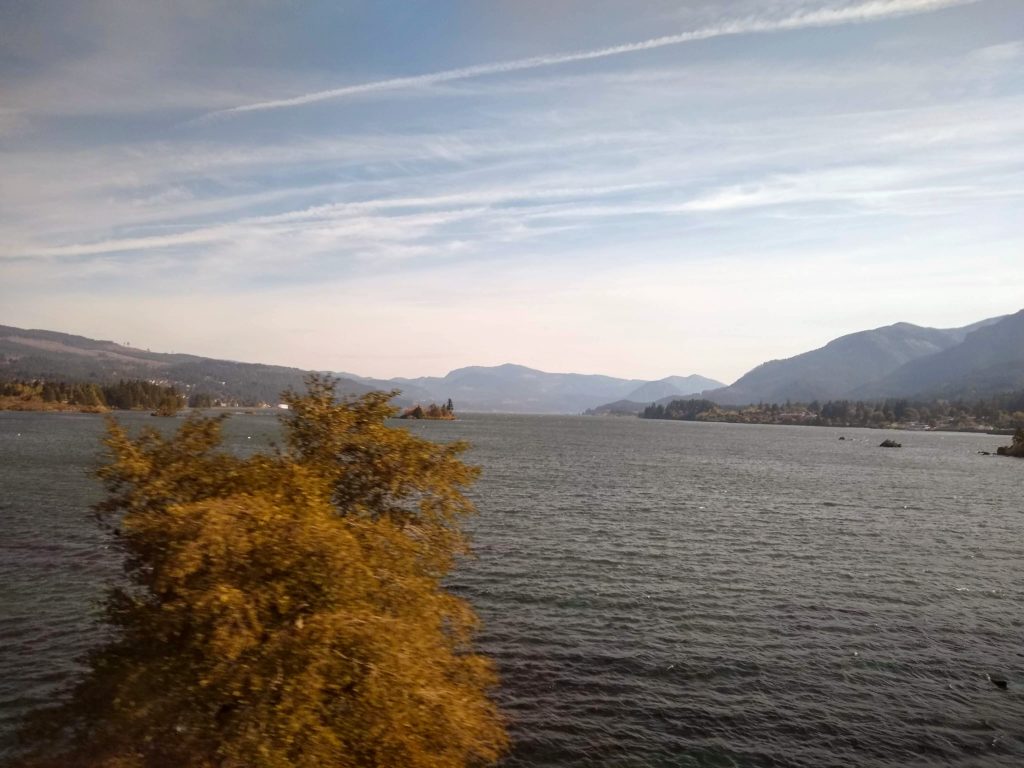 With Mount Hood in the background 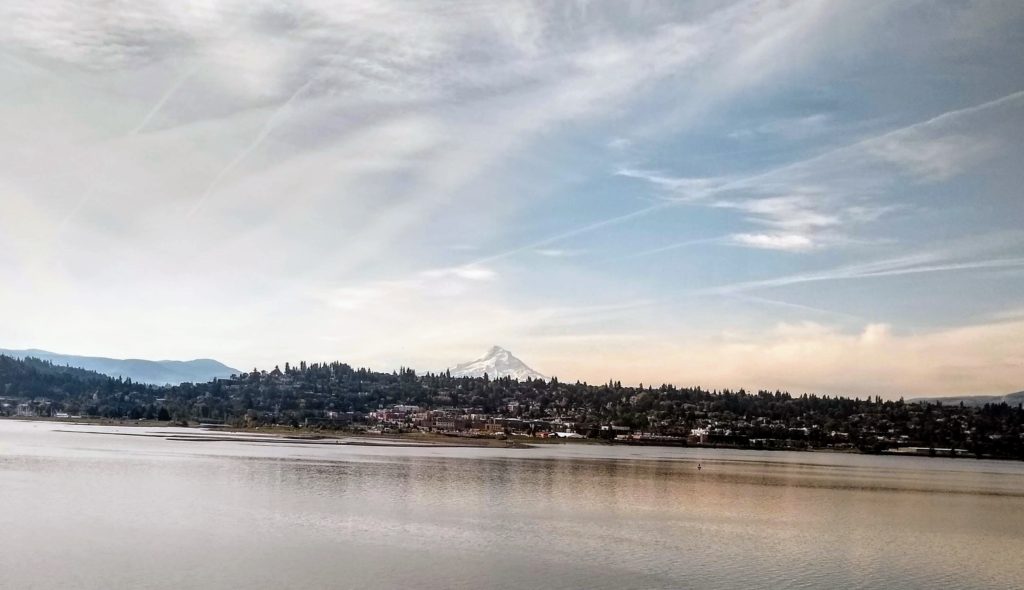