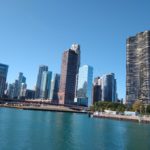 So rather than stay in central Chicago (so expensive!) we chose the Pilsen neighborhood. Originally built to accommodate central European immigrants, Pilsen began attracting Mexican immigrants in the mid-20th century. Now, it’s slowly gentrifying and has become known as an artsy “alternative” place with a smattering of galleries amid the Mexican restaurants and bodegas. 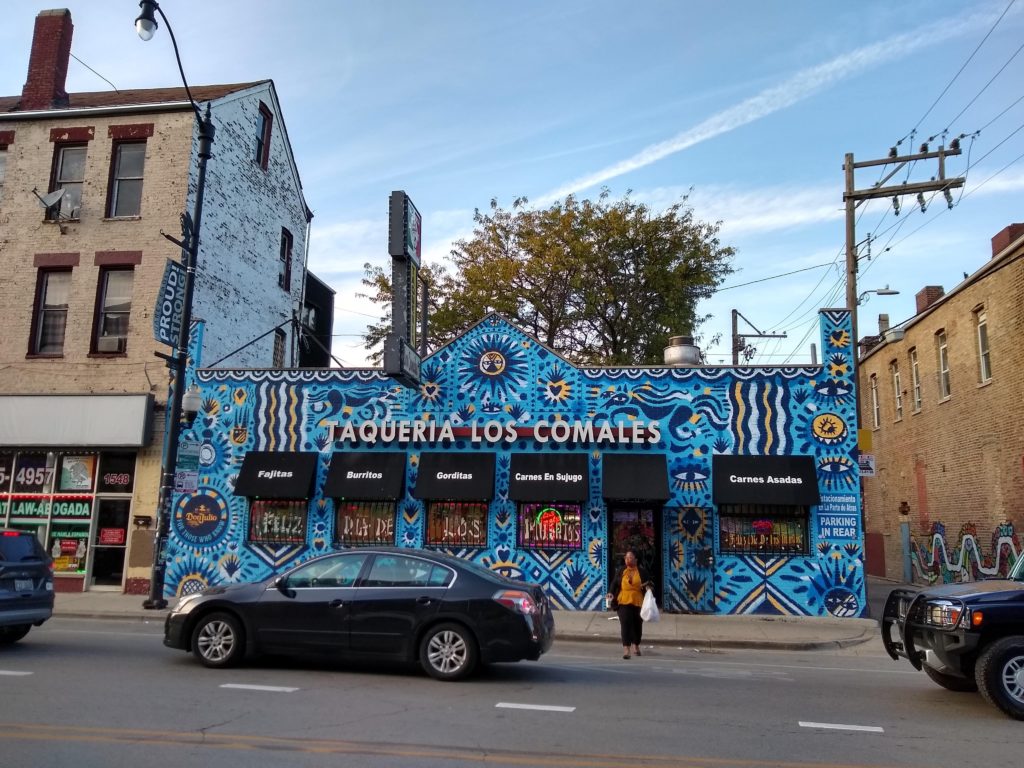 Unfortunately the above restaurant was terrible! 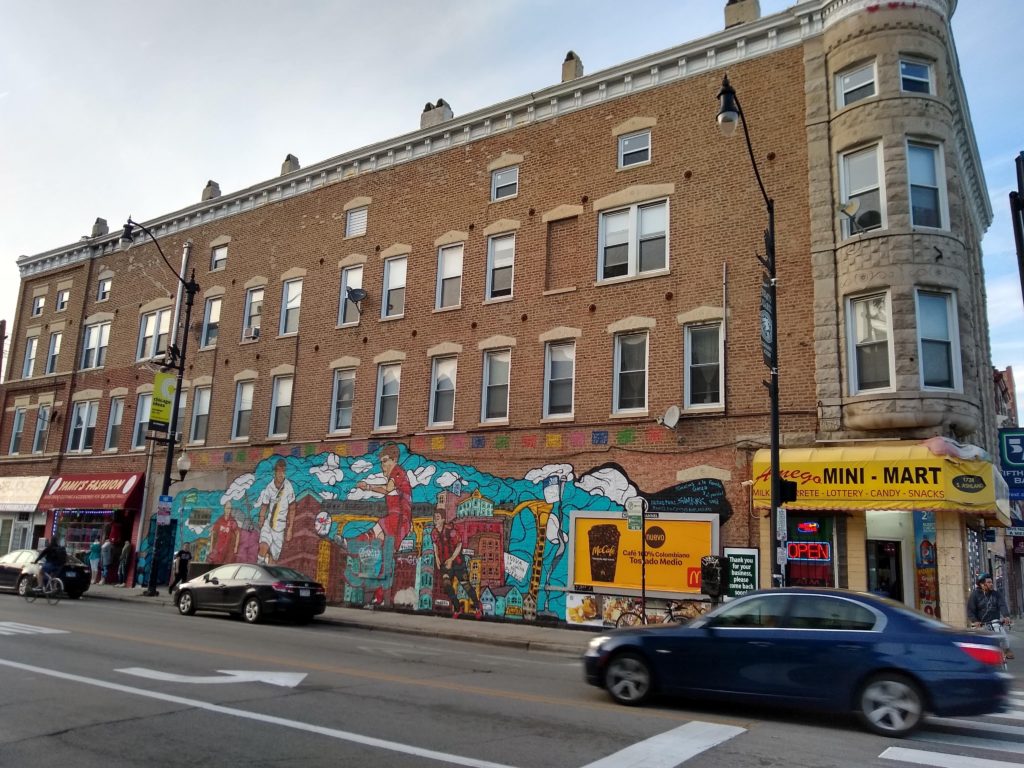 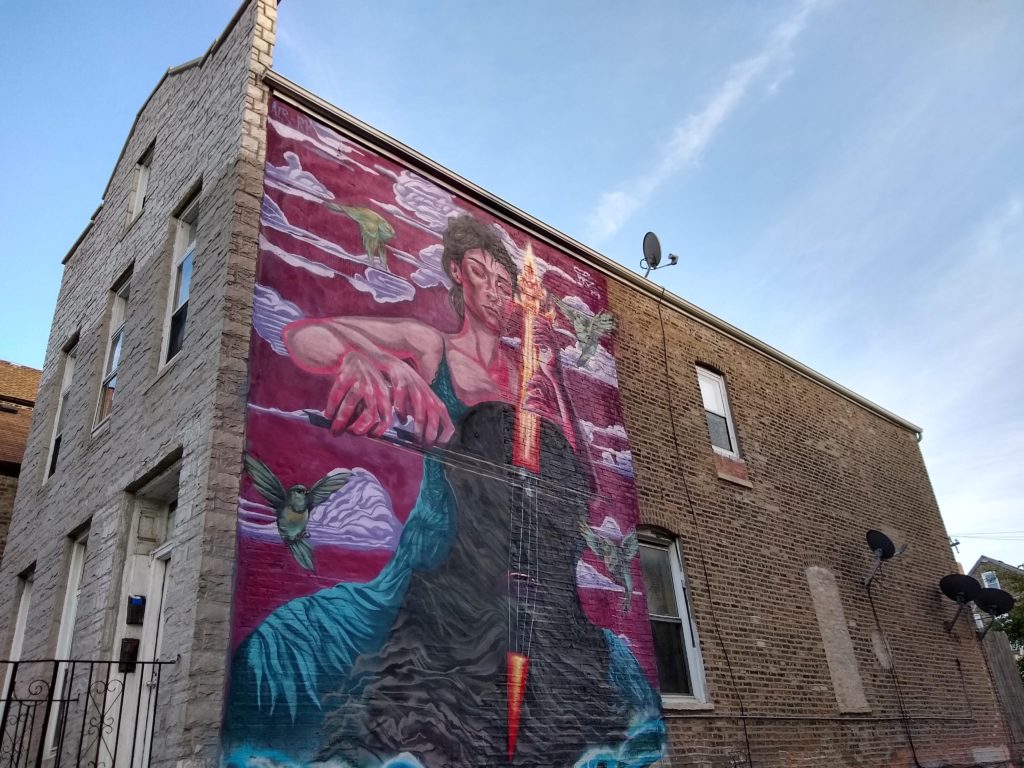 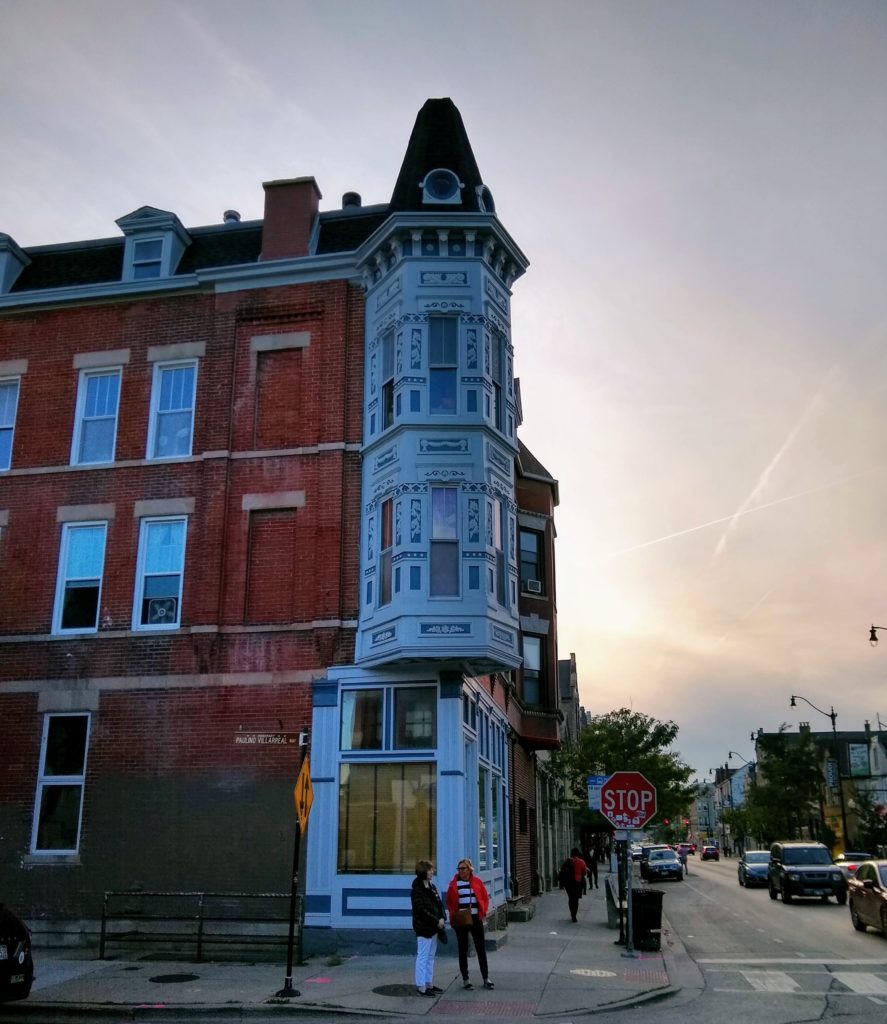 Our AirBnB was in a building clearly intended for immigrants: high ceilings, large eat-in kitchen and no closets. The bathroom was clearly a late-addition; the closet in the hall had once served that purpose.

The combination of Mexican and “hipster” in the neighborhood made for some odd gaps. Fresh fruit was non-existent which, I later realized, seems to be a feature of life outside major urban centers. Also we walked all over trying to find a loaf of bread for breakfast. Forget about the bodegas. We wound up in a vegan bakery of all places that sold us some sort of sweet rolls.

Time to explore Chicago! I thought a quick trip to the tourist office might sort us out with maps, public transport, events, recommended activities. One of the many reasons I dislike AirBnB is because you’re left adrift; no hotel receptionist can point you in the right direction. The tourist office website was remarkably vague about where to find the office. Could it really be in Macy’s? Yes it could and was. Like so many buildings in central Chicago, Macy’s was stately and elegant with an eye-popping stained glass ceiling and a lusciously panelled dining room, the Walnut Room.

We knew we wanted to do the Architecture Tour on the river and the tourist office strongly recommended the one linked to the Architecture Institute. After a quick bite at the port, we boarded the boat and spent 90 delightful minutes as a guide imparted her knowledge of and love for the city.

Tracing the architectural development of the city as it wrestled with engineering the canals and locks of the Chicago River was a window into the ingeniousness and energy of the city. 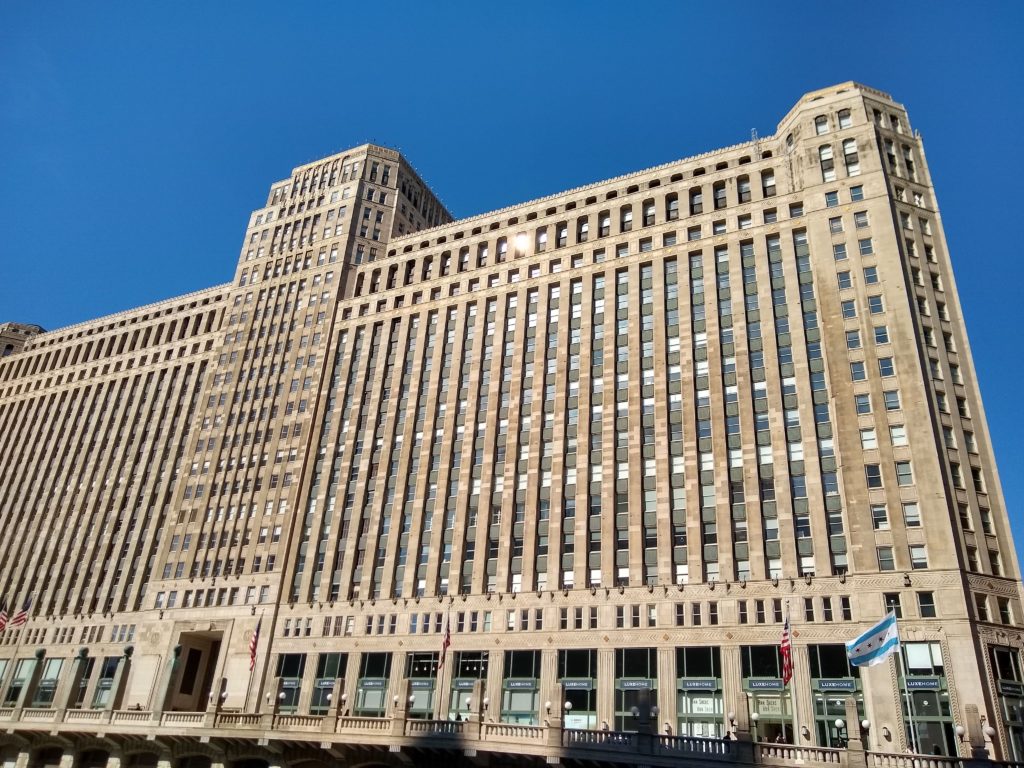 At the end point of the journey, when we stopped for the above view, the guide said “Ladies and gentlemen, I give you Chicago–a great American city”. I got choked up, I admit. 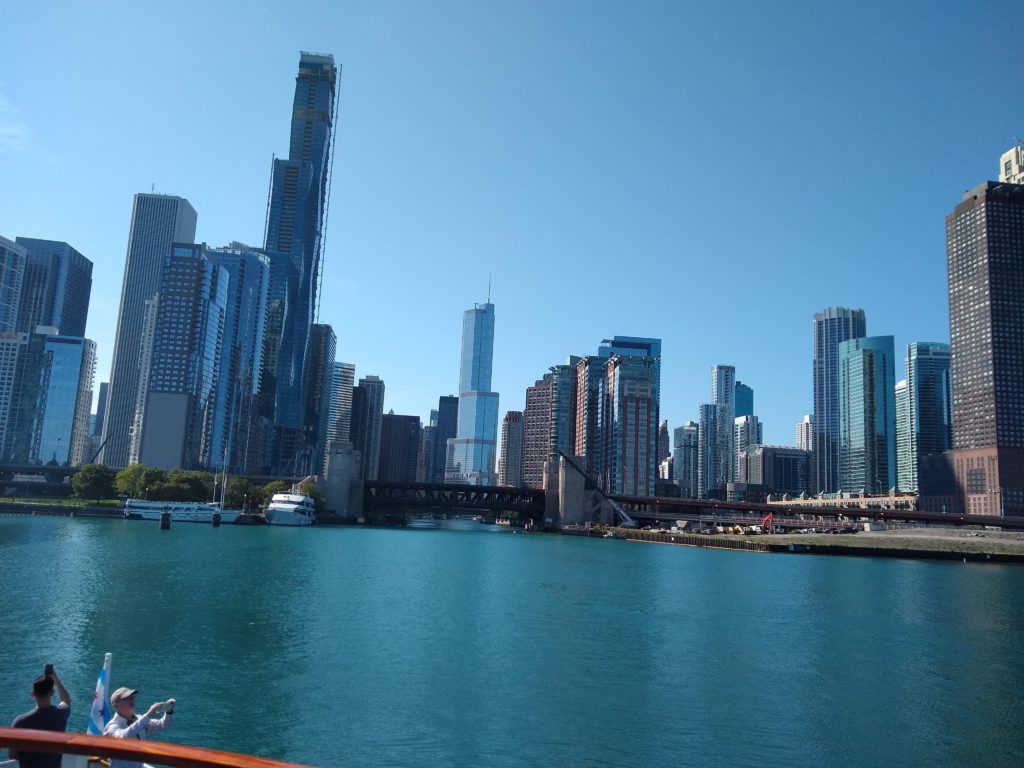 Back in town we headed to Millennium Park and of course a photo opportunity at The Bean. 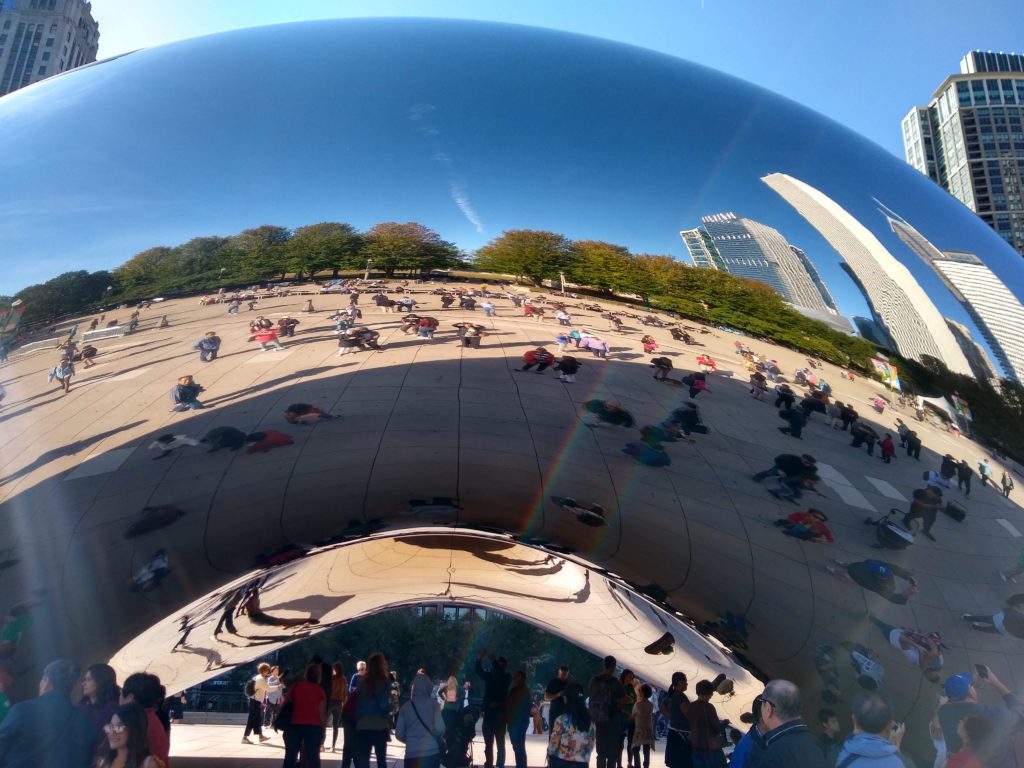 Then it was on to get a bite to eat. Why not Chinatown? It was quieter than I expected, with little foot traffic. I thought of the perpetually crowded streets of Chinatown in New York. We ate at Triple Crown Restaurant which served up some truly excellent Dim Sum.

We finished off the day with a show at Second City which was delightful. The show was largely scripted with the improvisational portion at the end, but the performers were talented and the sketches funny and topical. Were any devoted to poking fun at Trump? Duh.