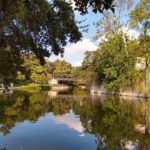 After staggering off the train at 5am and taking a quick Uber to our hotel, La Quinta by Wyndham San Antonio, we were delighted to check into our room right away without even having to pay for another night. Texan hospitality!

We were all getting a little tired at that point so we headed to bed for a nap before sightseeing.

First up was the Alamo which was smaller than I expected. 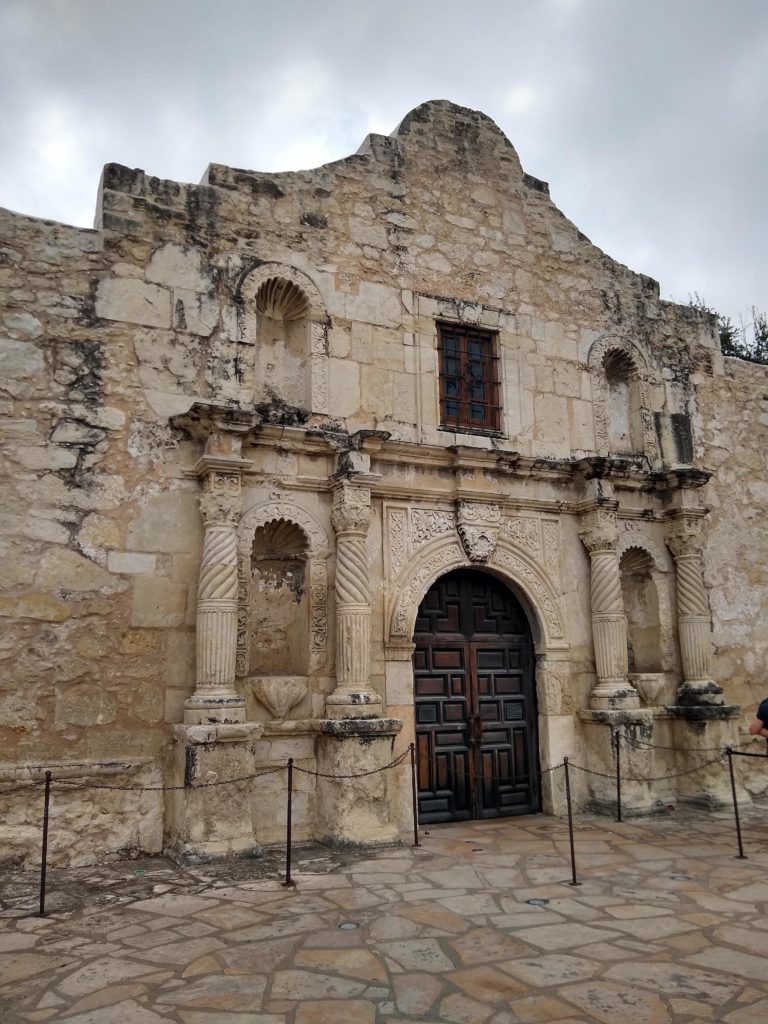 And then there was the musket demonstration: 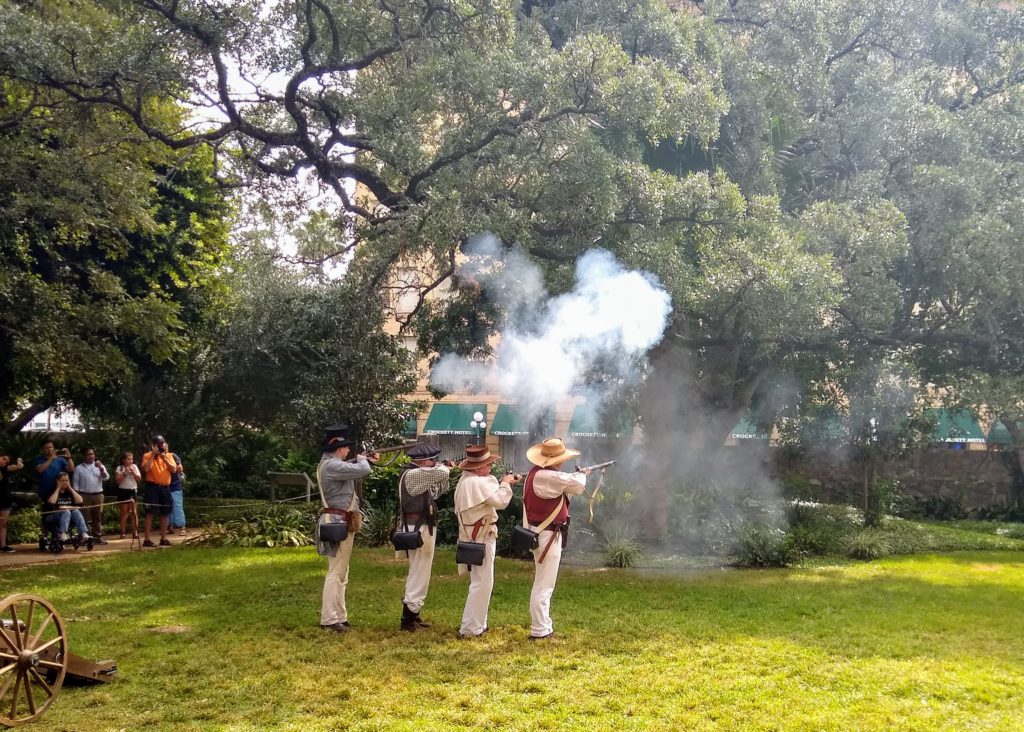 Your Second Amendment at work. There were statues of Davy Crockett and other luminaries that, frankly, didn’t mean much to me but of course is part of the whole Texas mystique. I didn’t see a single ten-gallon hat but the oversize waffles served up at breakfast were Texas-shaped. Thankfully I did not see a single “openly carried” weapon but I did see plenty of signs saying, in effect, “don’t bring your damn gun in here”. 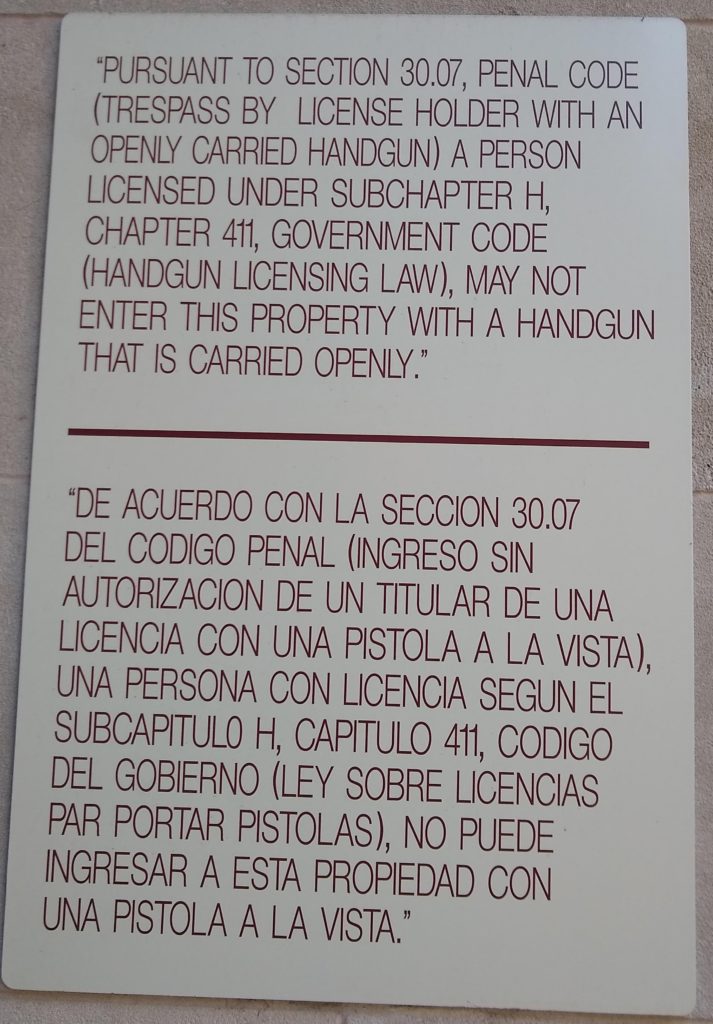 The signs seemed to be everywhere–churches, bars, monuments, restaurants.

After the Alamo we took a boat tour of the city’s highlight, the River Walk. 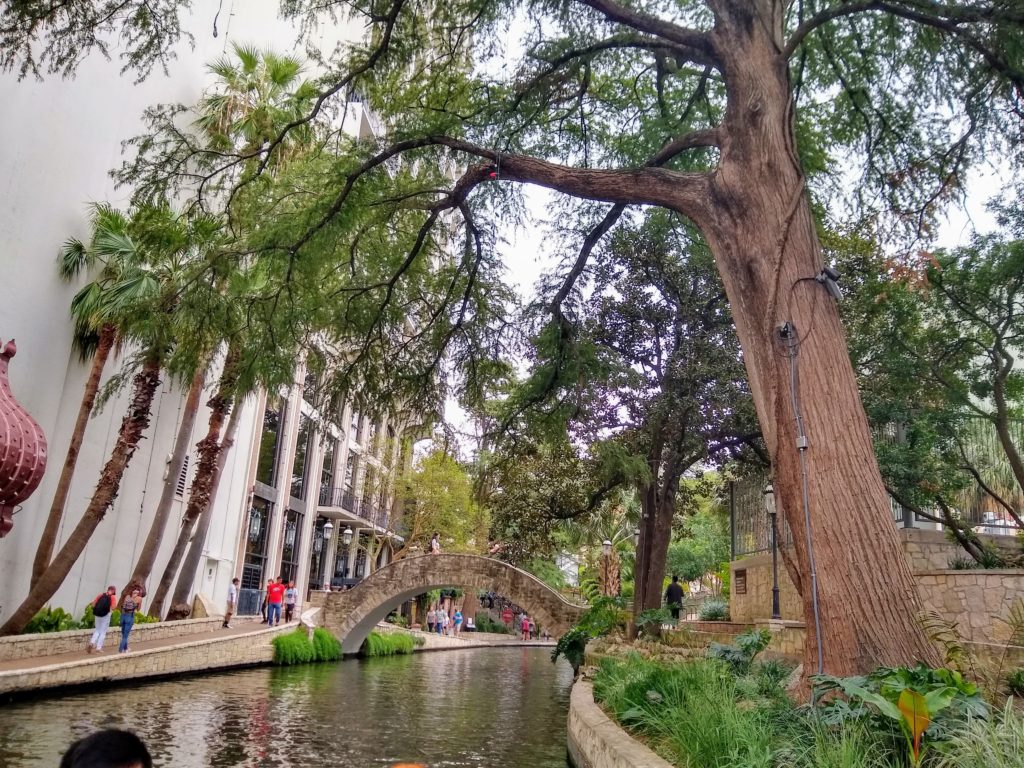 Although uber-touristy, the languid river meandering in the shade of oak trees while families chowed down Tex-Mex in riverside restaurants was Texas at its best.

After lunch along the river I followed it to San Antonio’s toney Prince William district. Amid the egrets and river snakes (well, one) were plaques explaining the importance of the district in the development of San Antonio, America’s second oldest city. 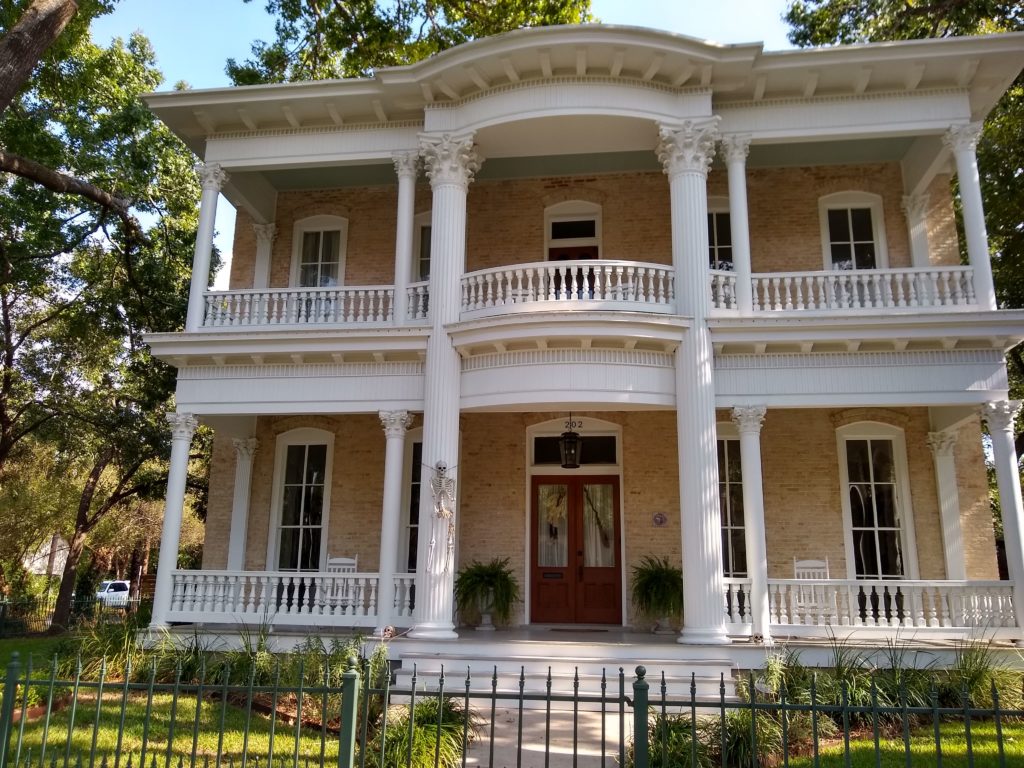 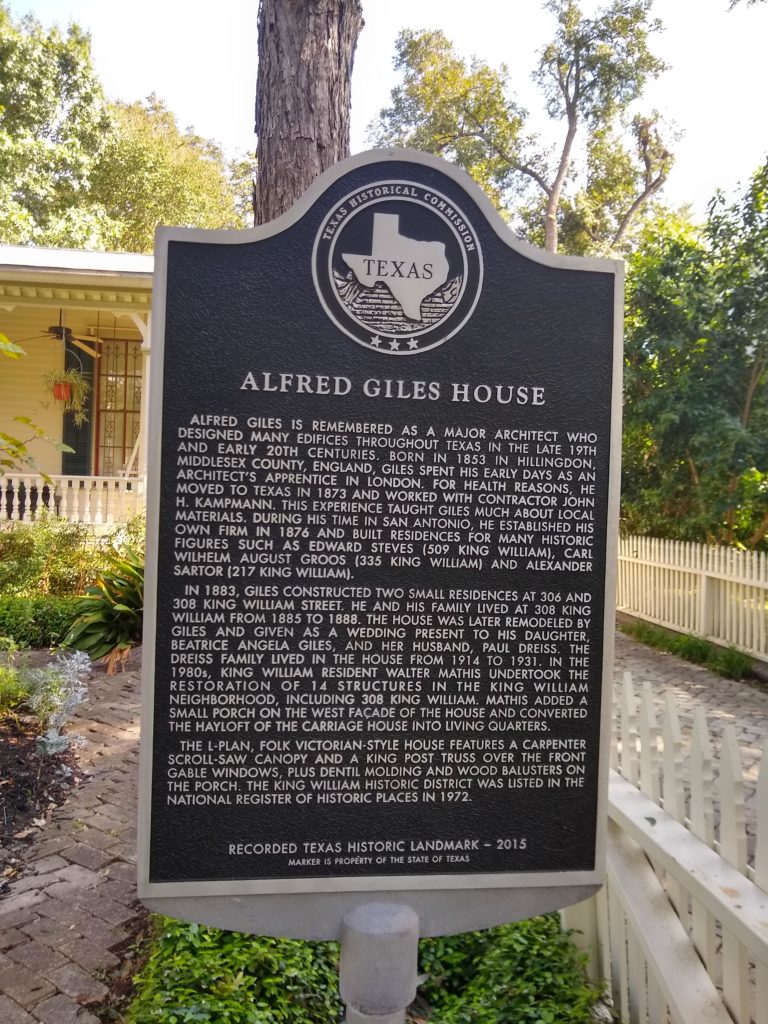 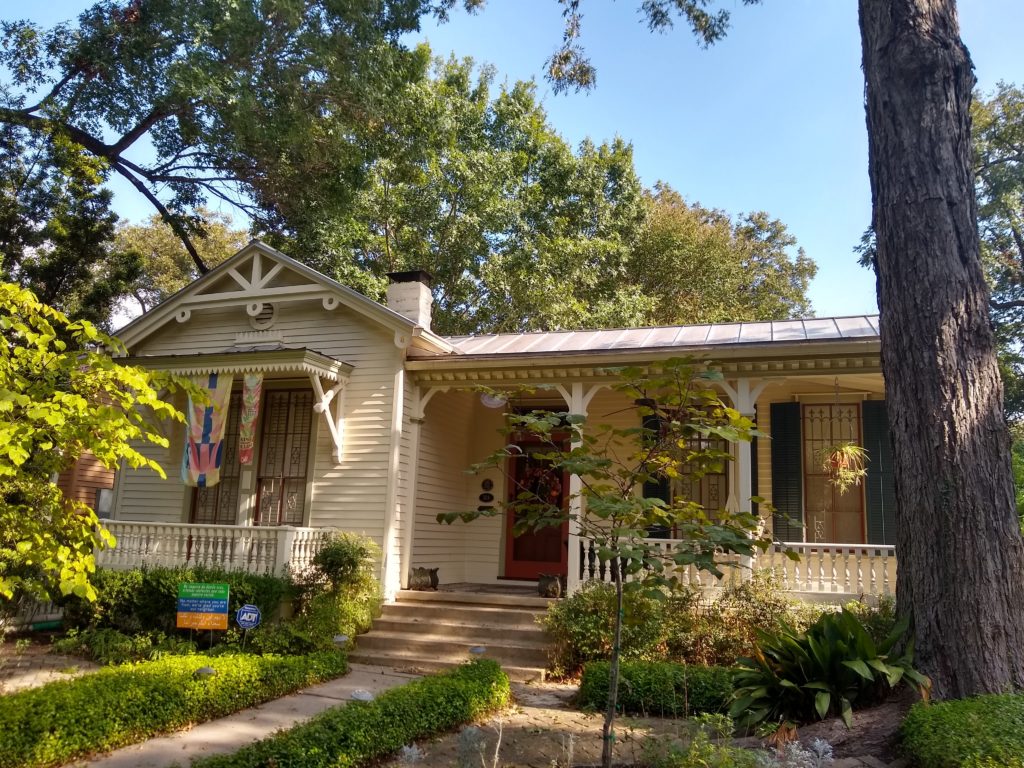 Most of the mansions were from the second half of the 19th century. 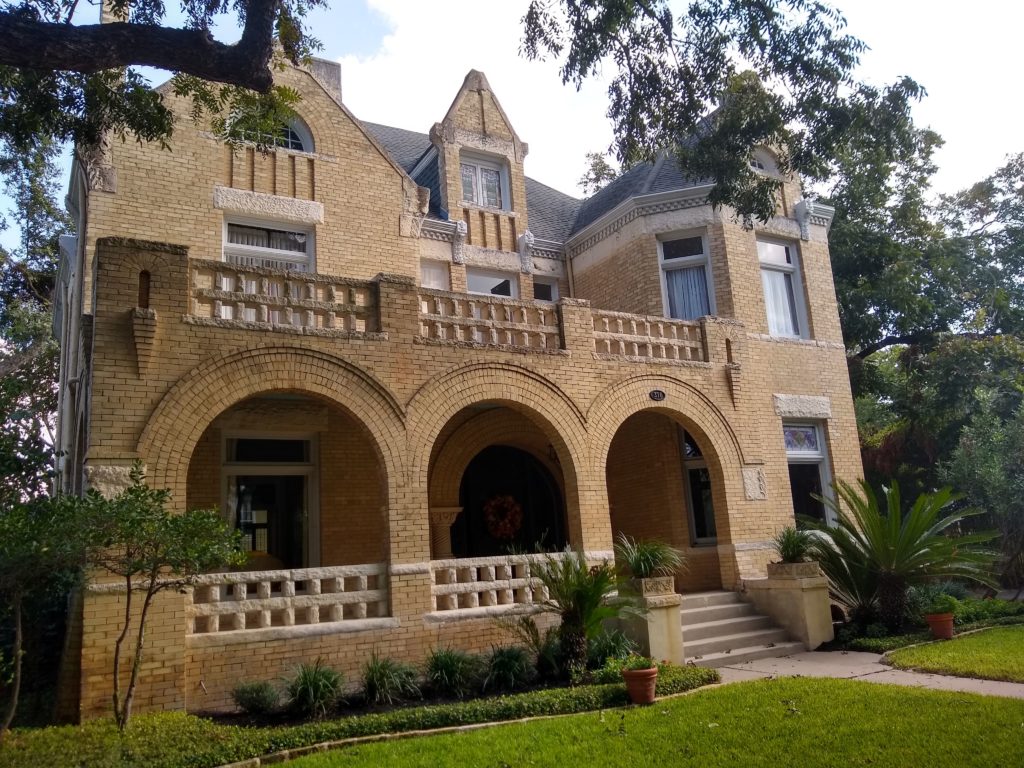 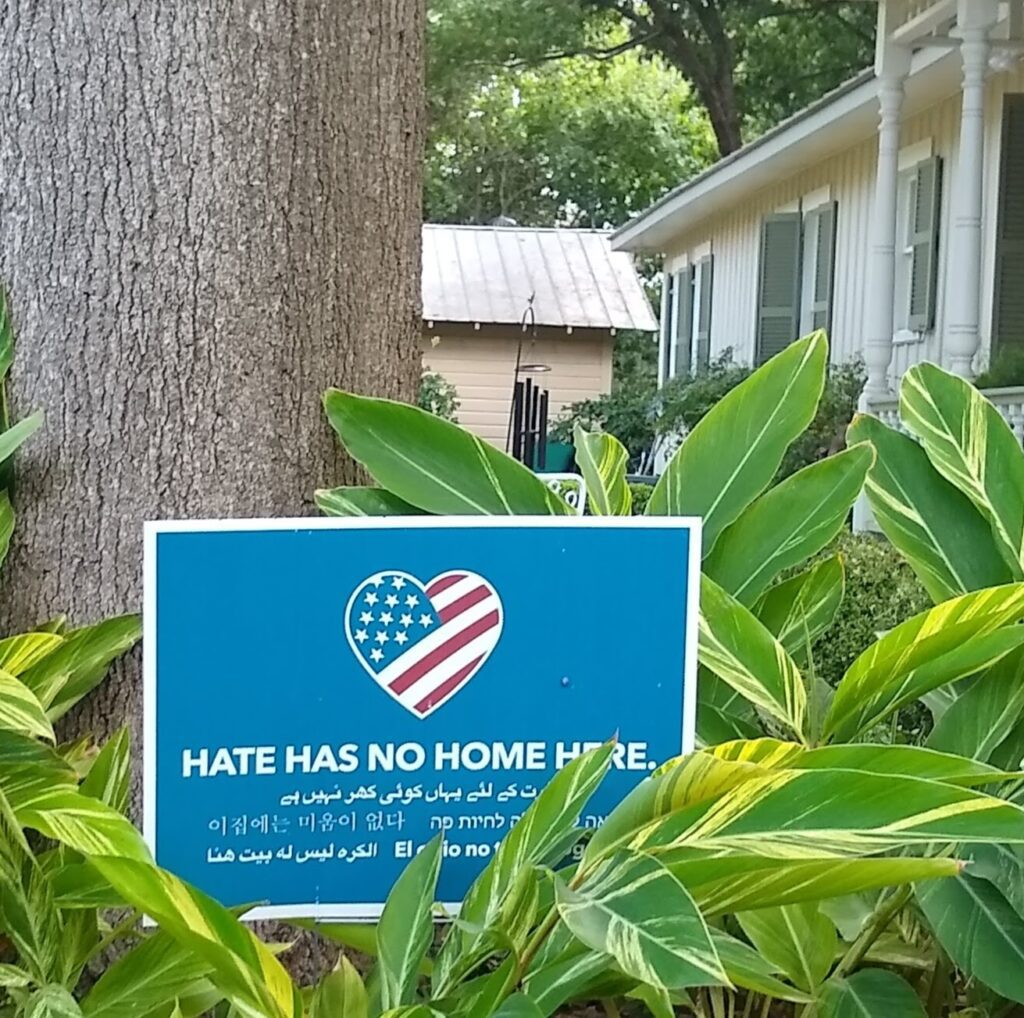 Good to know that “hate has no home here” in English, Spanish, Arabic and. . .? San Antonio welcomes everyone, no matter how obscure their language. 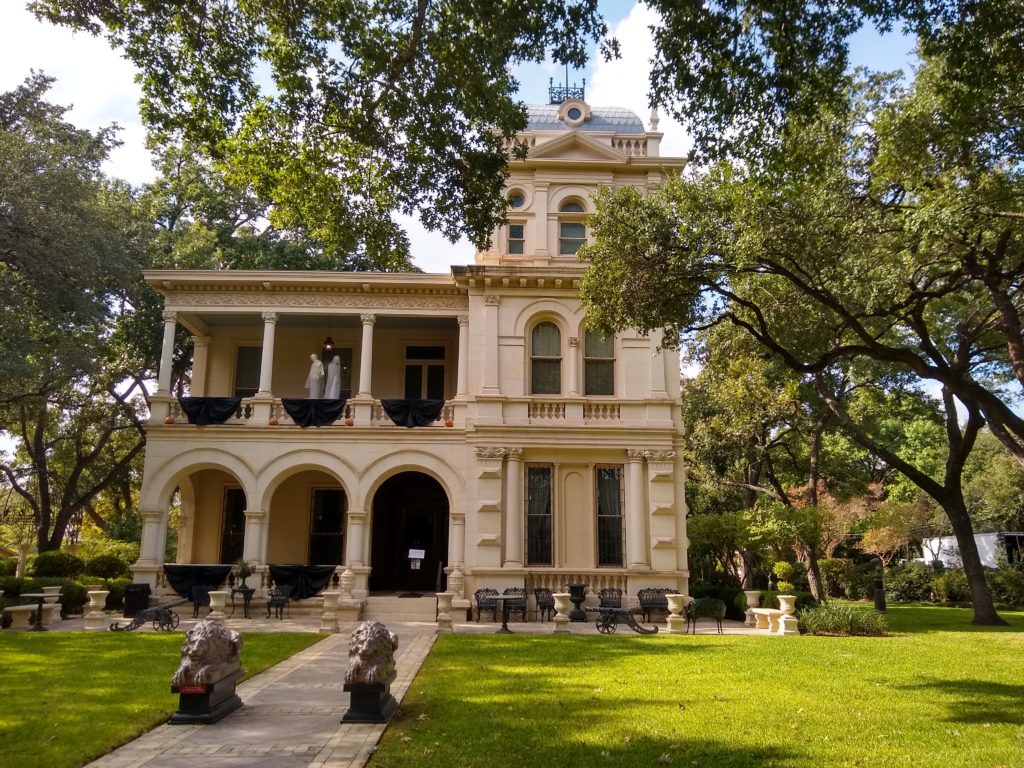 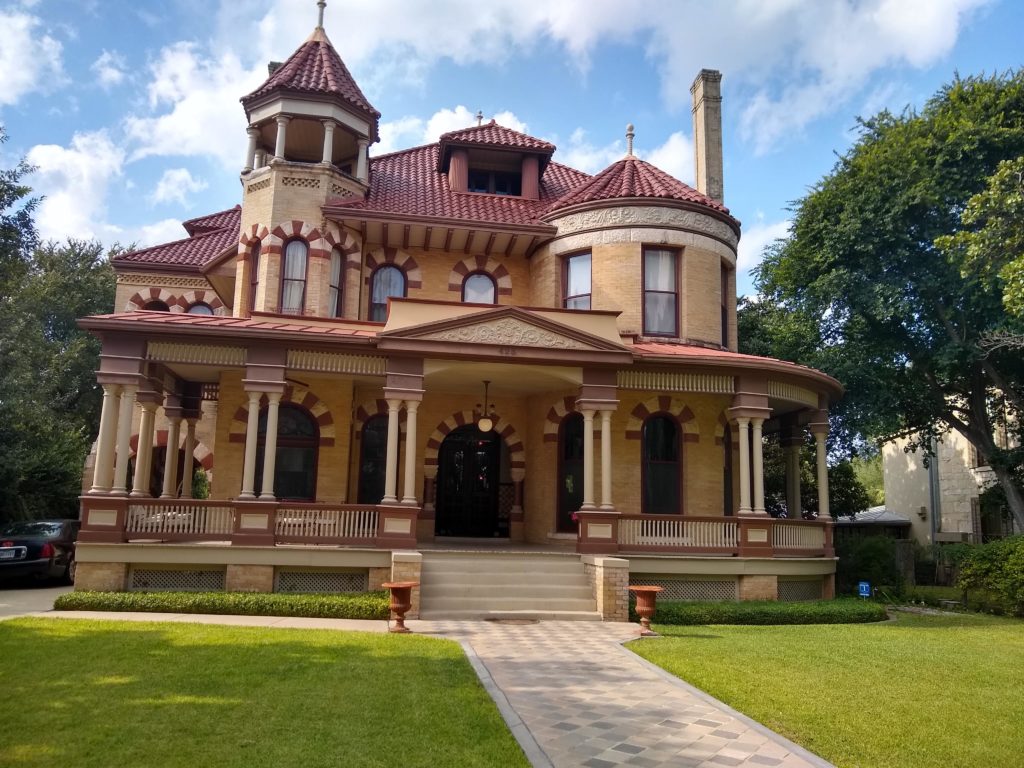 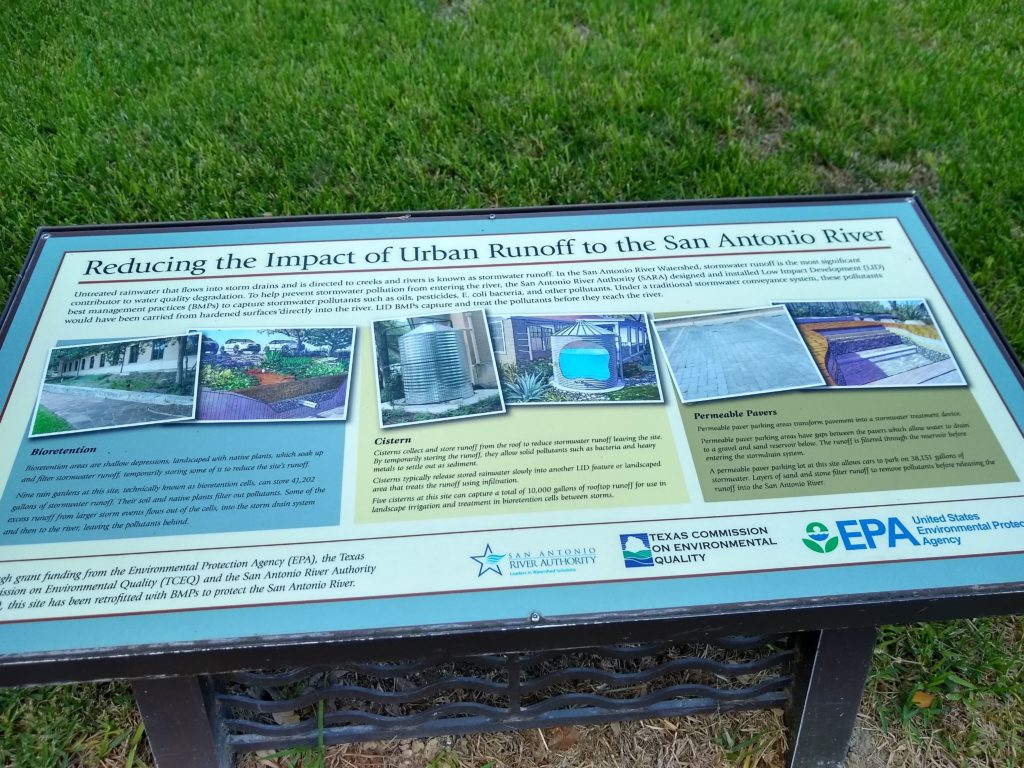 San Antonio gets an A for water management and urban planning. I can’t remember which Castro twin used to run the place but he’s got my vote. 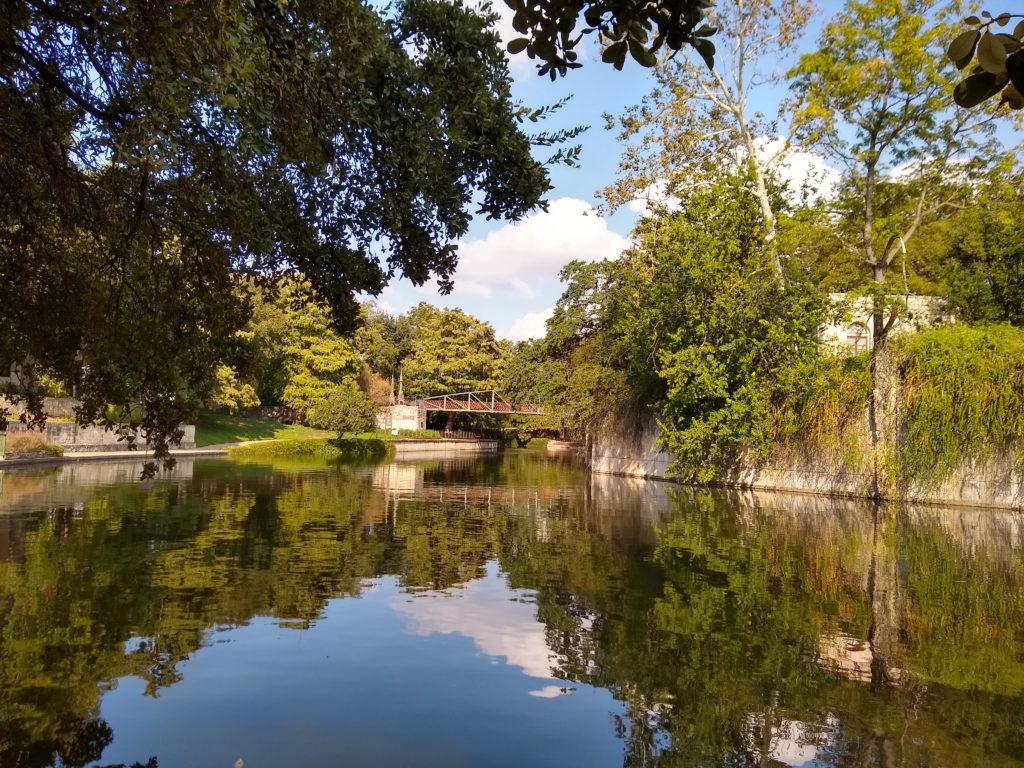 The following day we headed out to the Mission District for a look at the 18th-century church-monasteries founded by Spanish Franciscans. First was Concepcion: 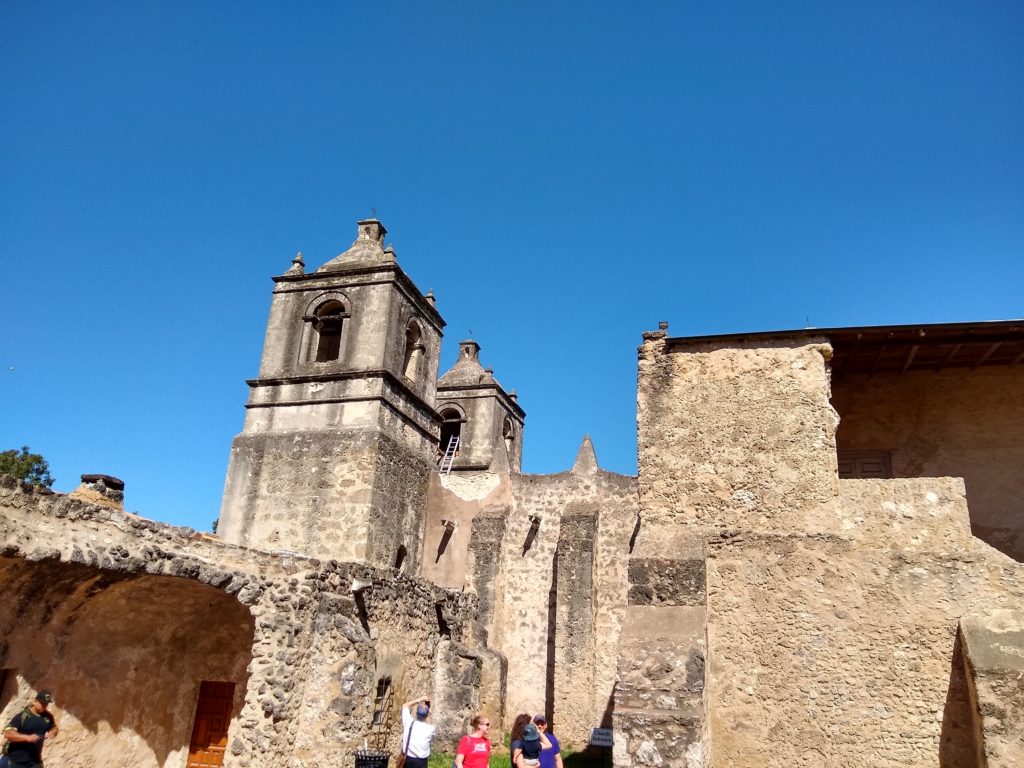 I particularly liked how the Spanish missionaries incorporated the styles and materials of local Indian and Mestizo artisans. 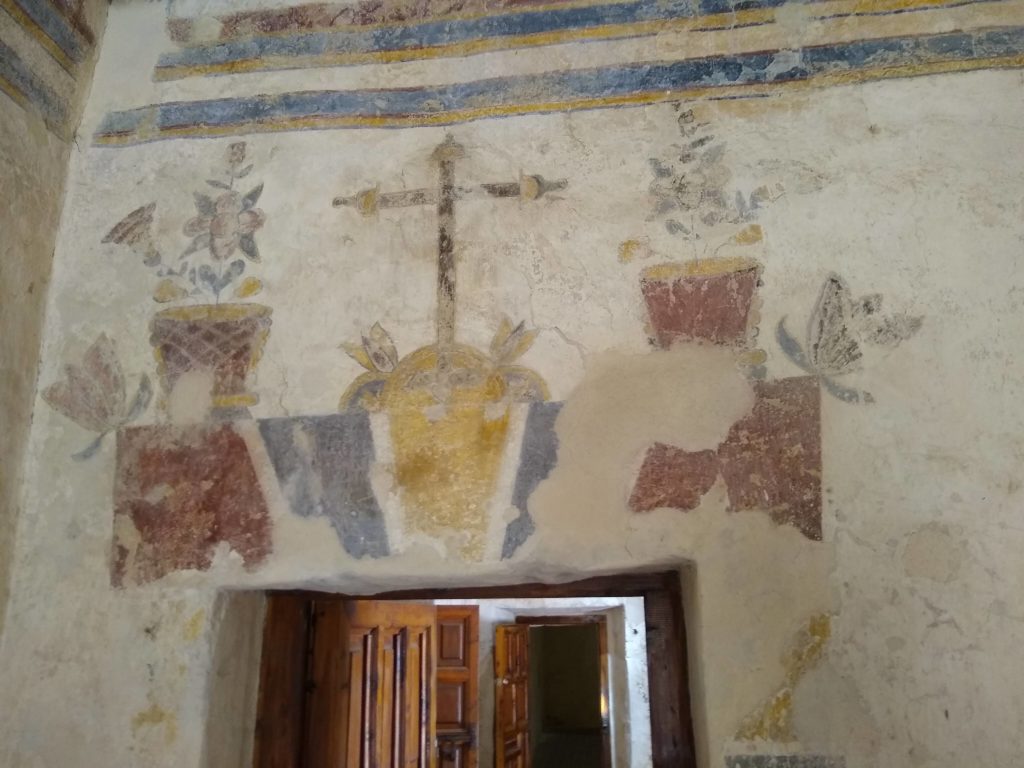 Next up was the even more impressive San José Mission. 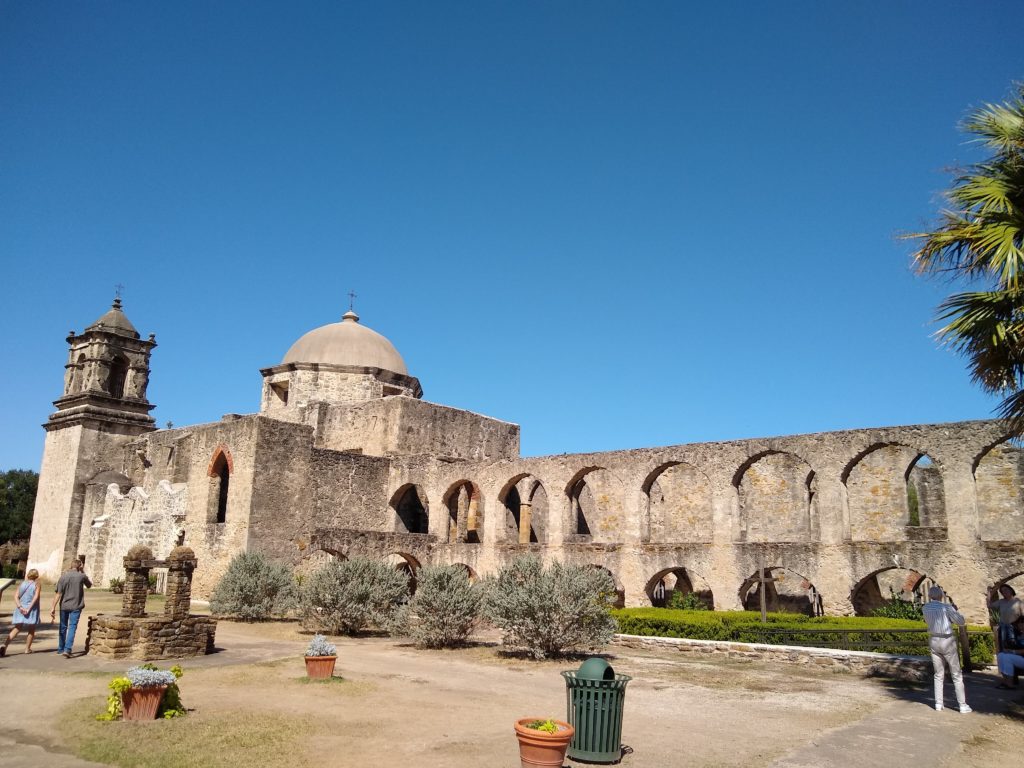 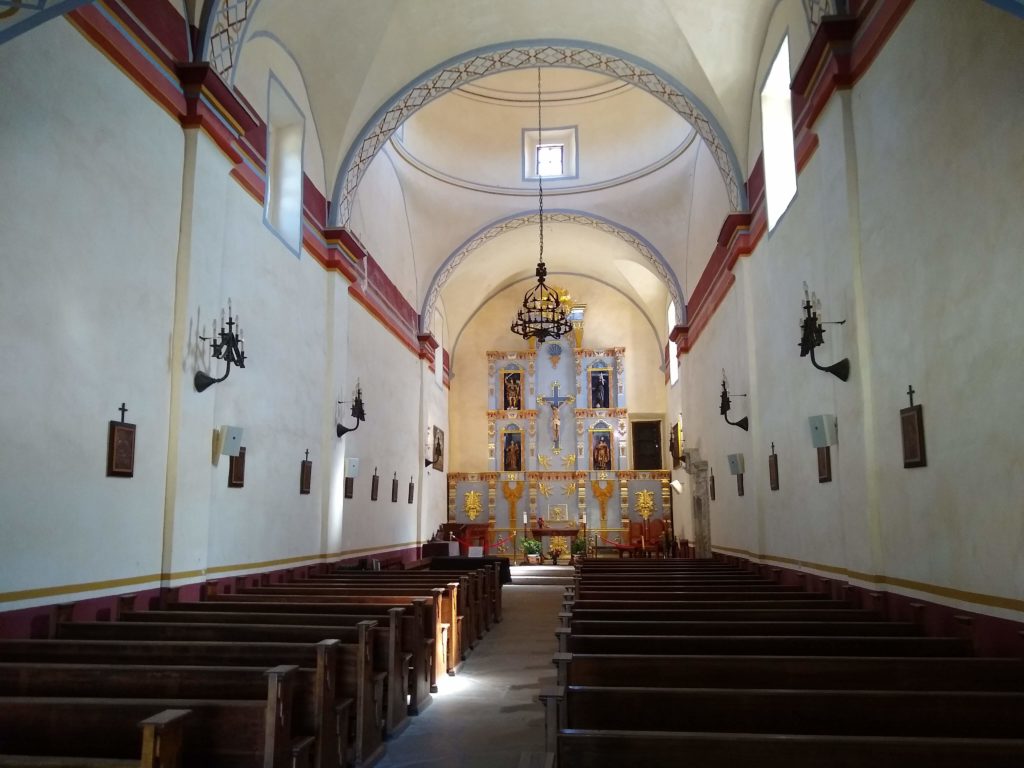 And then it was back to San Antonio for a delightful birthday lunch at Zinc restaurant. 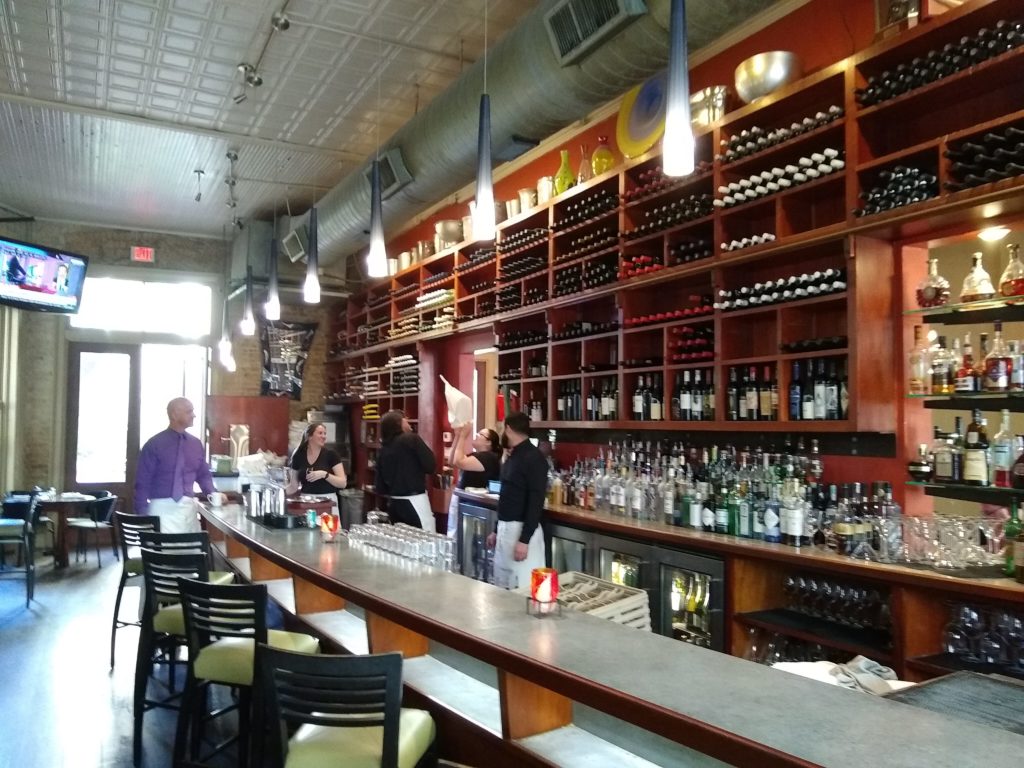 Replete with a prickly pear margarita: 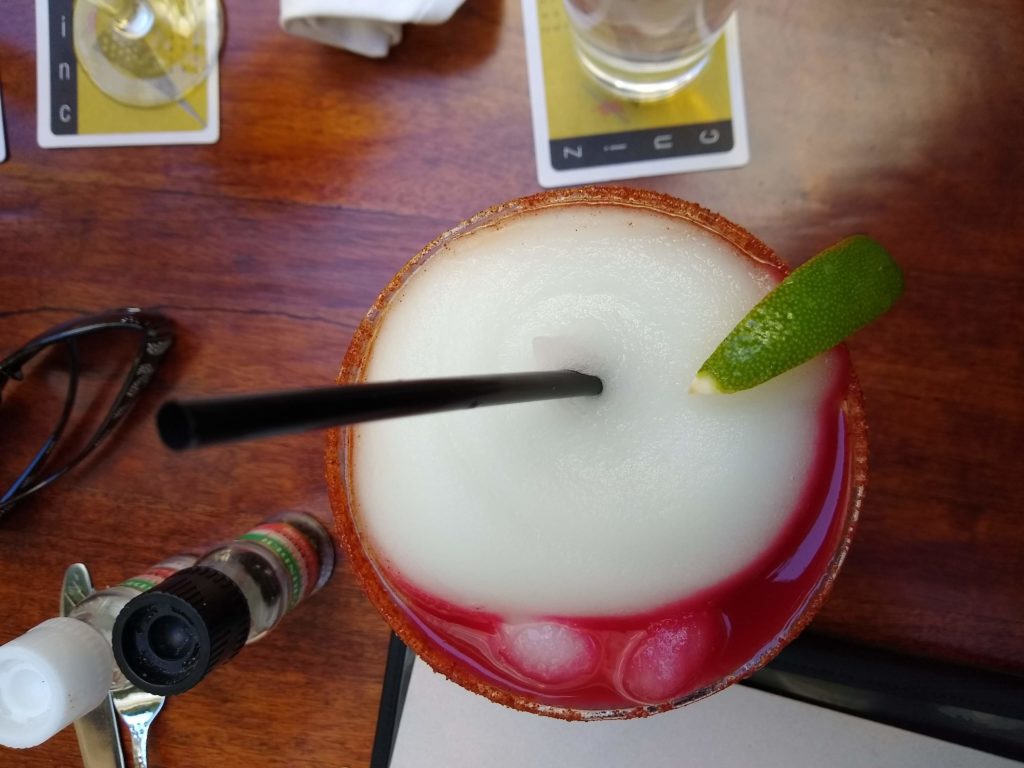 The afternoon was wearing on and I had only a short time to visit the Western Art Museum which was too bad as it displayed a stellar collection of drawings and paintings evoking the history of the West. 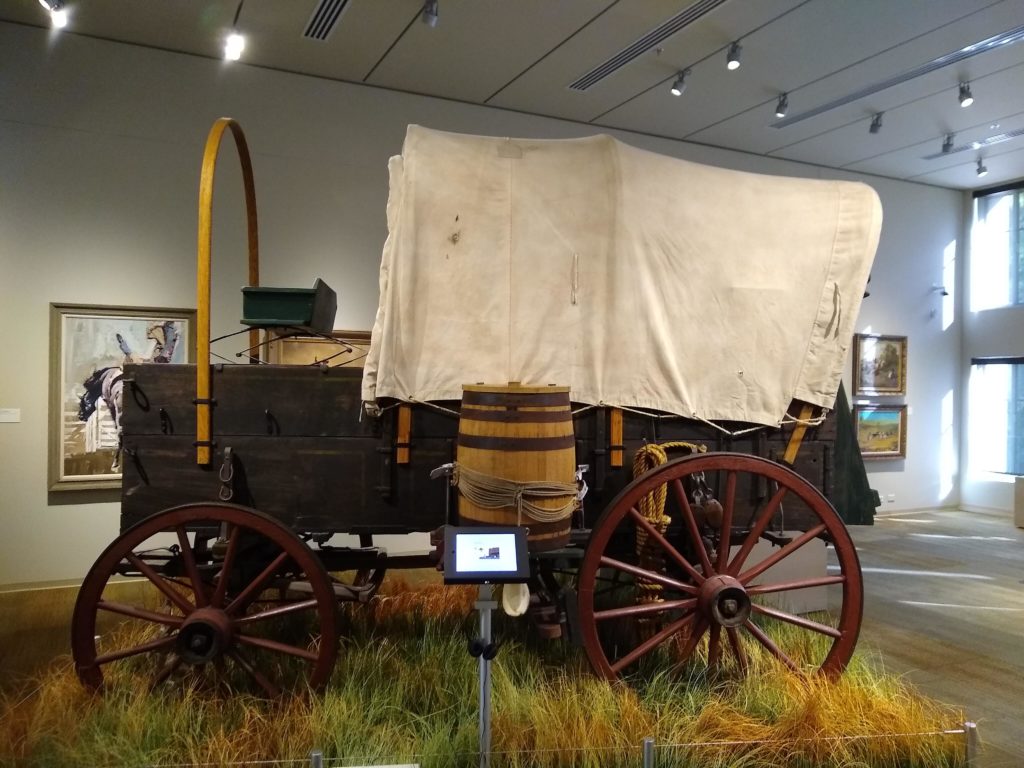 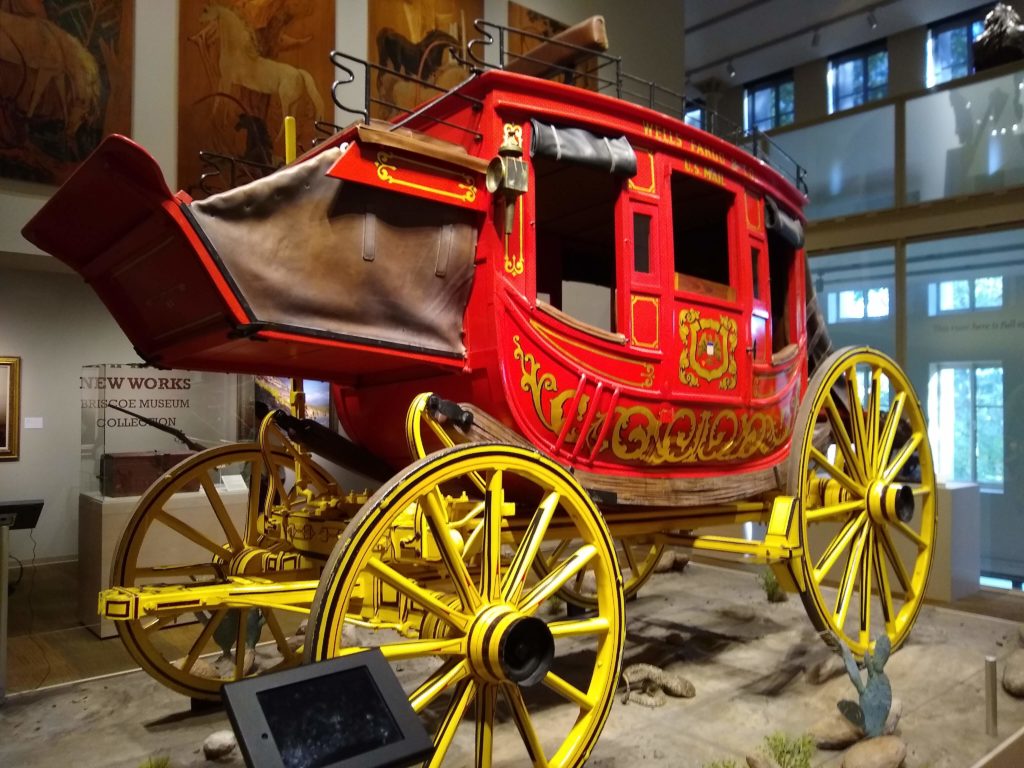 After wandering a bit in the well-restored town center 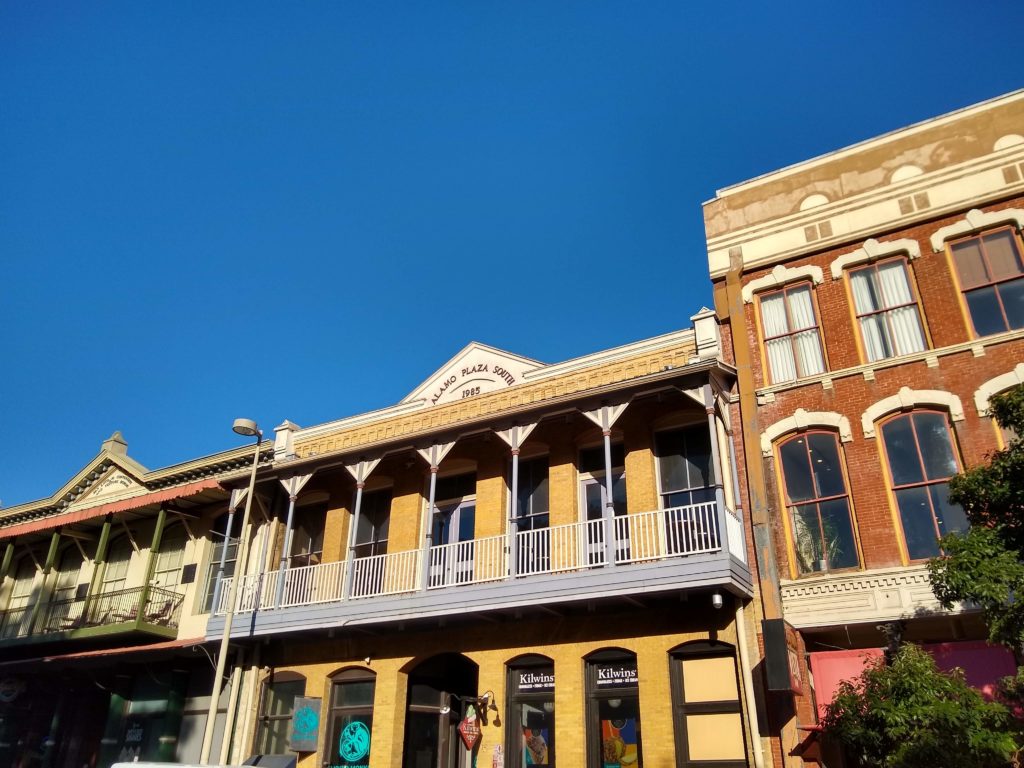 I decided to head out to the new “arts district” in San Antonio’s South Side but unfortunately the few galleries and arts centers were closed by the time I got there. 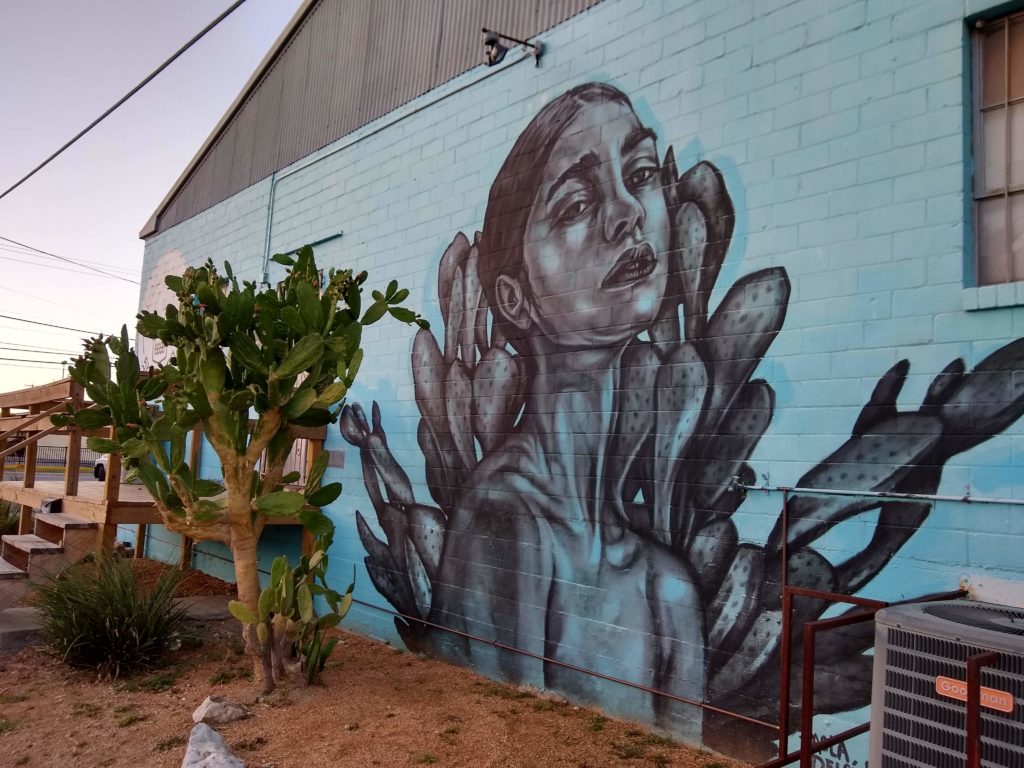 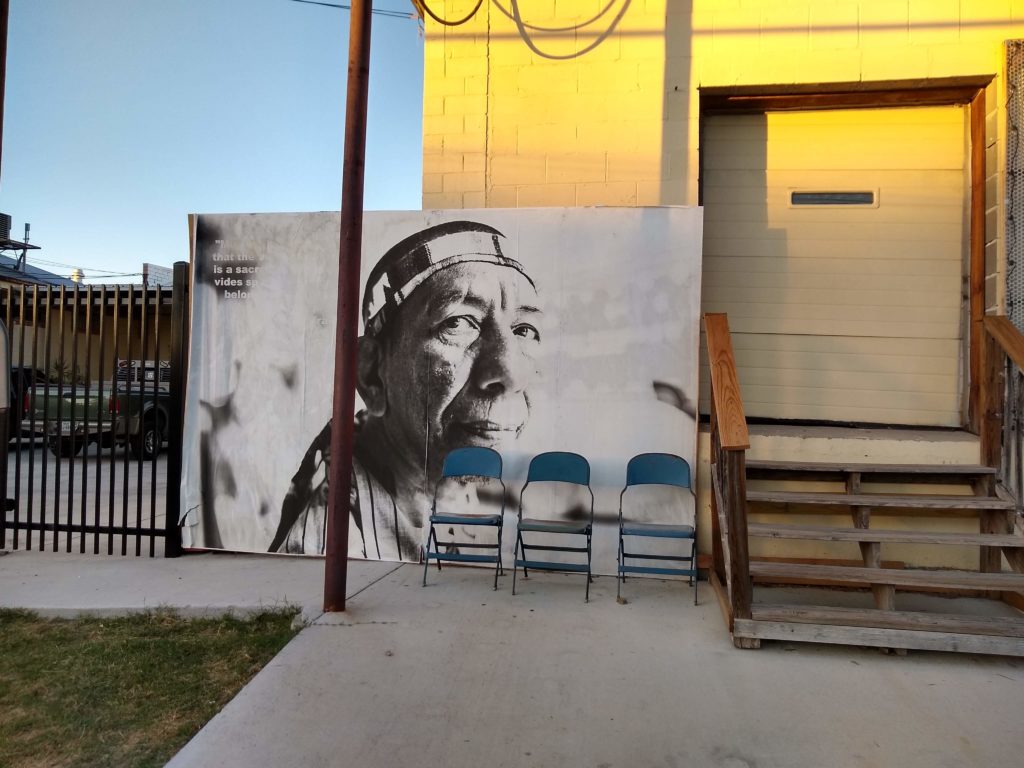 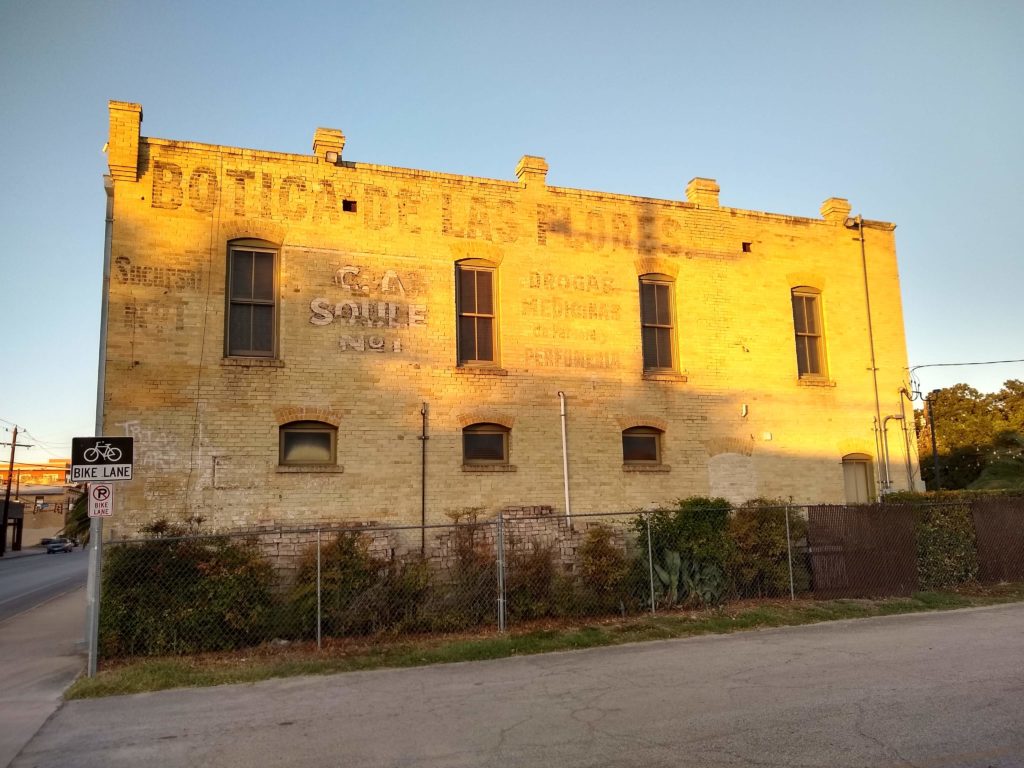 Then it was back to the hotel to relax by the pool and pack up for an early departure to New Orleans.