Checked into the Samesun Venice Beach Hostel which is only steps from the beach. It was a super-friendly place with a great included breakfast. We took an entire dorm room for ourselves.

And made sure to wash our breakfast dishes after! We were awesome.

I loved the hippie vibe of Venice beach and the water was much warmer than I expected. Unfortunately Muscle Beach was closed for renovations though.

The “boardwalk” had lots of souvenir shops especially around Muscle Beach but the scene calmed down as we walked further north. Although I was informed that Venice Beach was gentrifying and many long-time residents were getting pushed out, I felt it could have been much worse. It retained the aura of a slightly ramshackle beach town.

Even if you couldn’t eat the local fish.

After a wonderful lunch thanks to Fred and Beth, we dipped our feet in the water!

And in the late afternoon, I took a walk around Venice’s little canal network. Although the “boardwalk” had a seedy side, here everything was clean and neat. If the houses had security systems they weren’t visible, leaving the neighborhood with a an old-timey bohemian flavor.

The following day began with a trip to the beach to watch the action, especially the skateboarders.

And then on to Santa Monica! The beach was spectacular. The pier reminded me of Atlantic City or Asbury Park but in a good way.

So few people were in bathing suits! Wimps. It was at least 72°F. In Nice people start stripping down at 60°F.

After a lunch of avocado toast (what else?) we actually waited for a bus up to Malibu. You would think that buses up the coast would be frequent but you would be wrong. We alighted at the spectacular nature reserve: Malibu Lagoon State Beach.

Judging from the numerous warning signs, you have to be careful there!

It was a beautiful place.

And then back to Venice for The Sunset Event.

The following day started with another walk on the beach. (Sigh)

I liked the poems engraved at the entrances to the public beach restrooms.

After packing up, we dropped our bags off at Union Station and then headed to the old Hollywood classic, Chateau Marmont, for lunch. 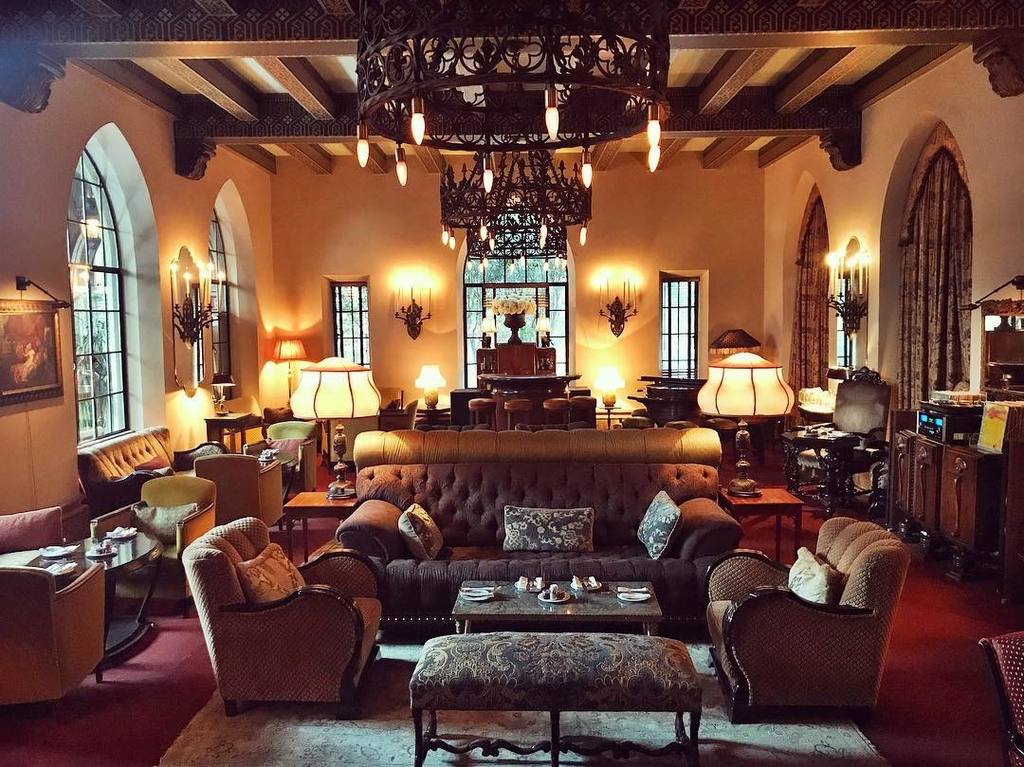 So classy yet so relaxed and friendly. The prices were surprisingly reasonable except for the cocktails which were exorbitant. The crowd reminded me of the sort of sleek, intense young business people that populate Cannes during the festival.

After, we strolled a bit down Sunset Boulevard (boring) before catching an Uber to our entertainment highlight: a live taping of Bill Maher’s show! It chewed up quite a bit of time as you have to arrive at least two hours before the taping but it was well worth it. The people kindly seated us so we could make a quick exit after the show. We had a train to catch! The show was great of course and he even had on Neil DeGrasse Tyson as a guest.