I started out at Balise 124 and followed the Route de L’Armee des Alpes which was a wide, sunny track. 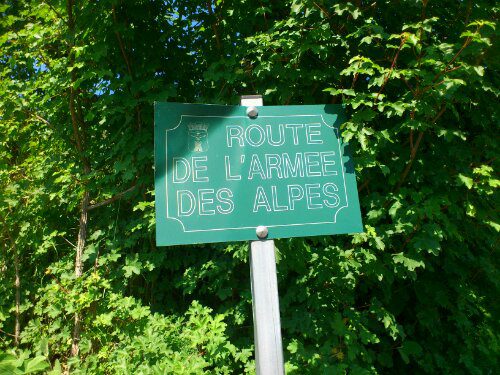 Along the way are casernes from WWII. 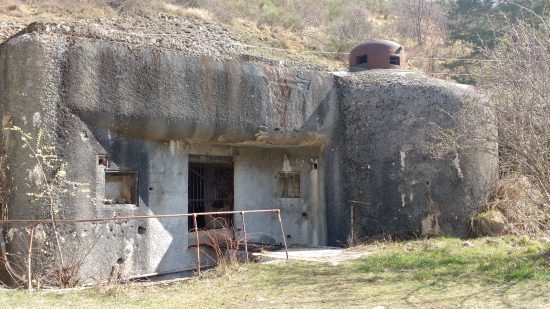 Then I entered the Parc de Mercantour for the climb to Baisse de Levens which passed through a shady forest of pines and firs.It’s particular to the region and called l’Ostryaie 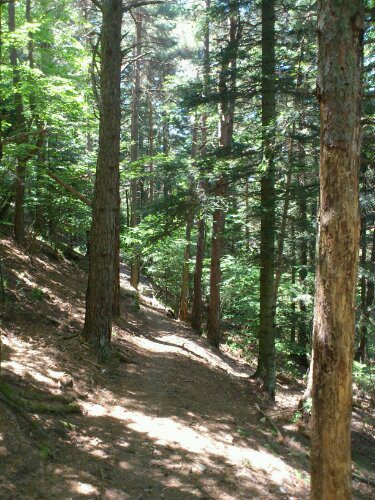 It took about 45 minutes to get to the Baisse de Levens. I followed the balises pointing to Mont Gros but shortly after this point, the trail seemed to peter out. 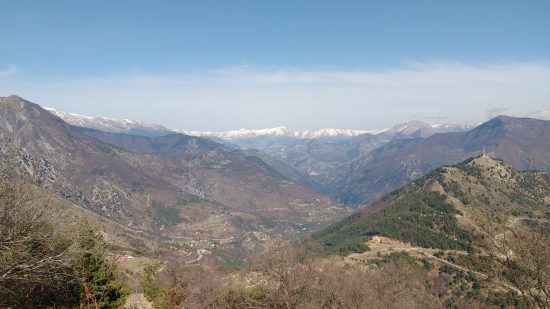 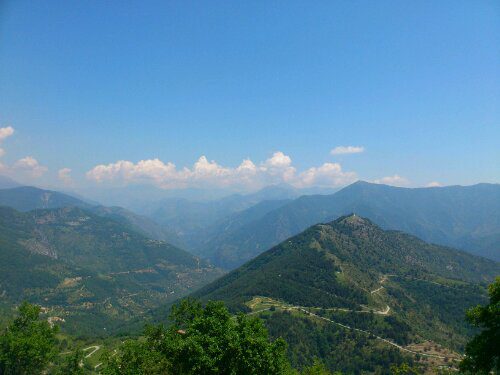 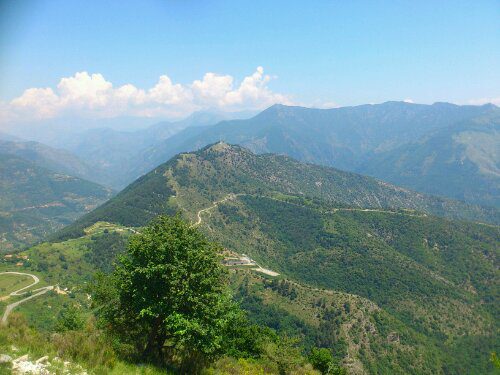 Instead of following the trail along the ridge, I probably should have climbed straight up the steep hill to get to Mont Gros but it was poorly indicated.

Anyway it was a beautiful spot to eat my sandwich.

I then followed the balises down a very gentle path that wound round and round ending up at balise 136 (?) which was under the Col de Brouis on the road. 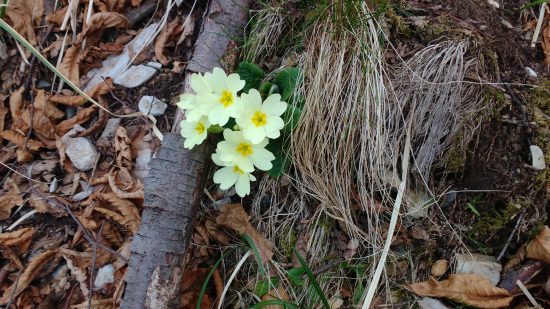 It was a kilometre or two up the road to get back to my starting point. All in all it was a beautiful, shady hike, perfect for warm weather. In springtime, the snowy Mercantour in the distance and the spring flowers budding everywhere made it special.

All in all, it was a little over 4 hours with a denivilé of about 350m. Since it was mostly shady, it’s a great hike for warm weather.