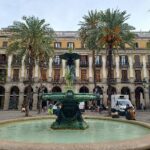 Checked into the sleek and modern Pension Peiro in the lively Poble Sec neighborhood. It’s an easy walk to everything. Tapas bars nearly at the doorstep. The convenient Parallel metro stop right down the street.

I arrived on Flixbus around 8pm. Didn’t do much the first night except grab some fried squid and a glass of wine at a nearby tapas joint.

Breakfast was not included so i picked up some ramen to accompany my coffee packets. At least the Pension had a kettle and cups!

Got an early start to soak up the big city energy. And it was a beautiful day. I headed first to Las Ramblas, only a 15 minute walk away.  I hadn’t been there since the eighties when it was lined with flower stalls. Now it’s mostly cafes. There were some tourists milling around of course but it wasn’t oppressively crowded. 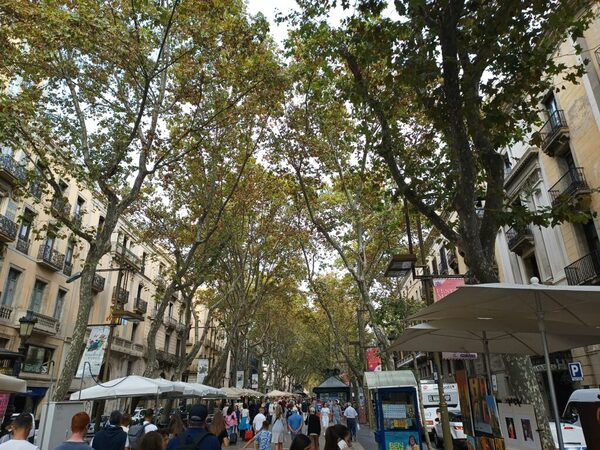 Then I wandered the streets of the Gothic Quarter starting with the handsome Plaza Real. 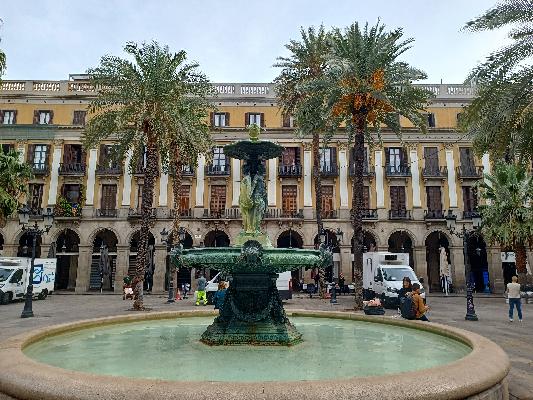 There were surprises in every corner. 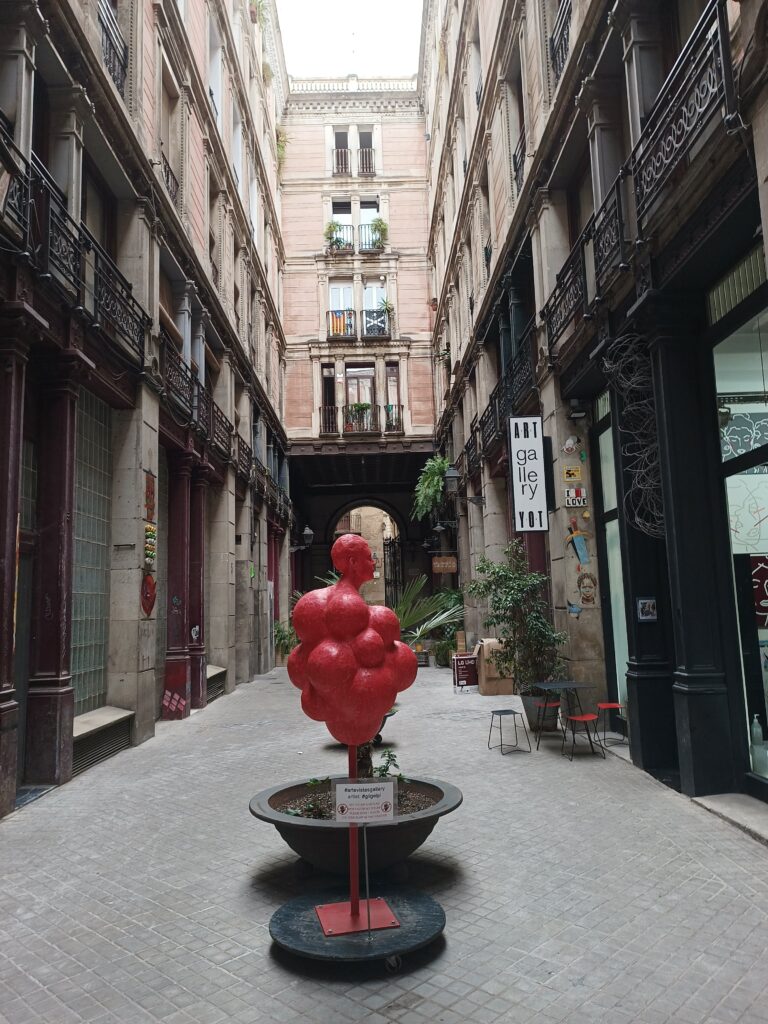 Loved the Aragon Archives exhibit which showed the original document from Queen Isabel to Columbus thanking him for his service and showering him with gifts. 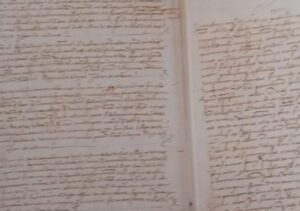 Safe to say the Spanish are not tearing themselves apart over their past colonialism. Clearly the country is in need of wokening. Alert Oberlin!

The building itself was lovely. 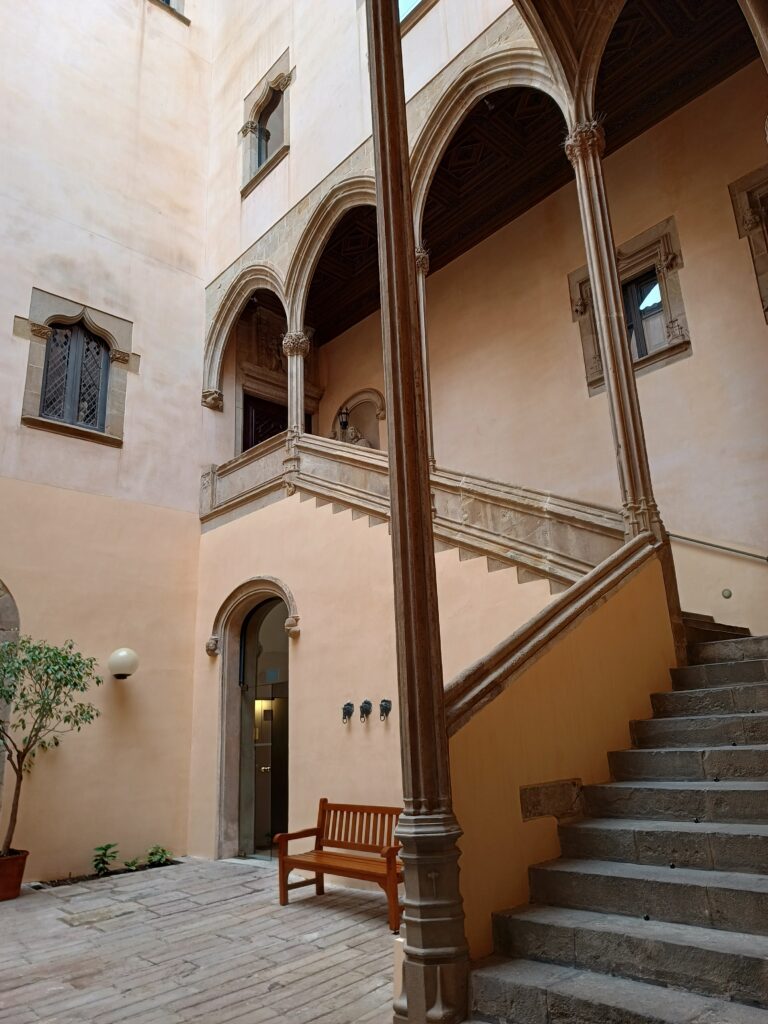 I meandered a while more in the Gothic Quarter. 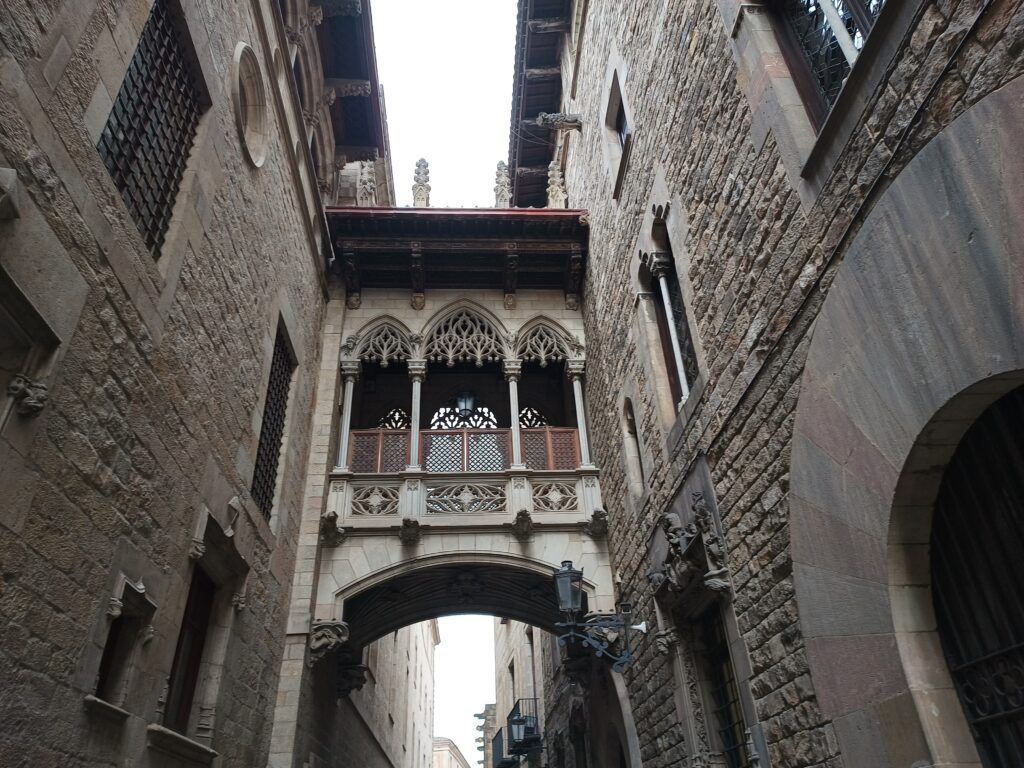 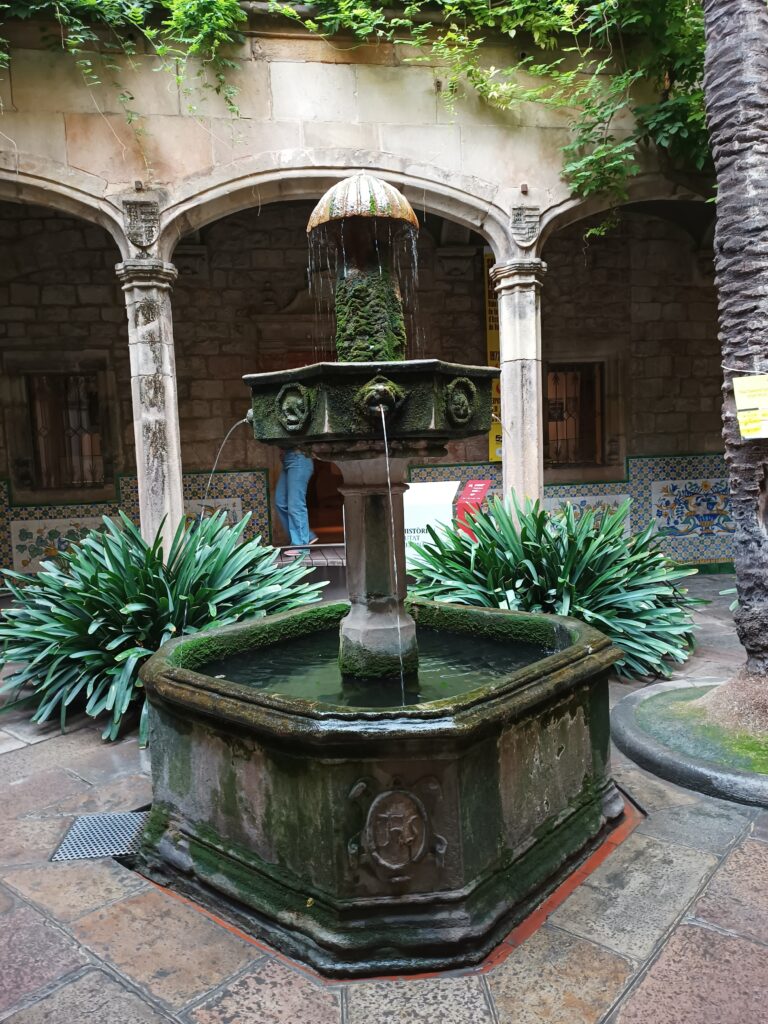 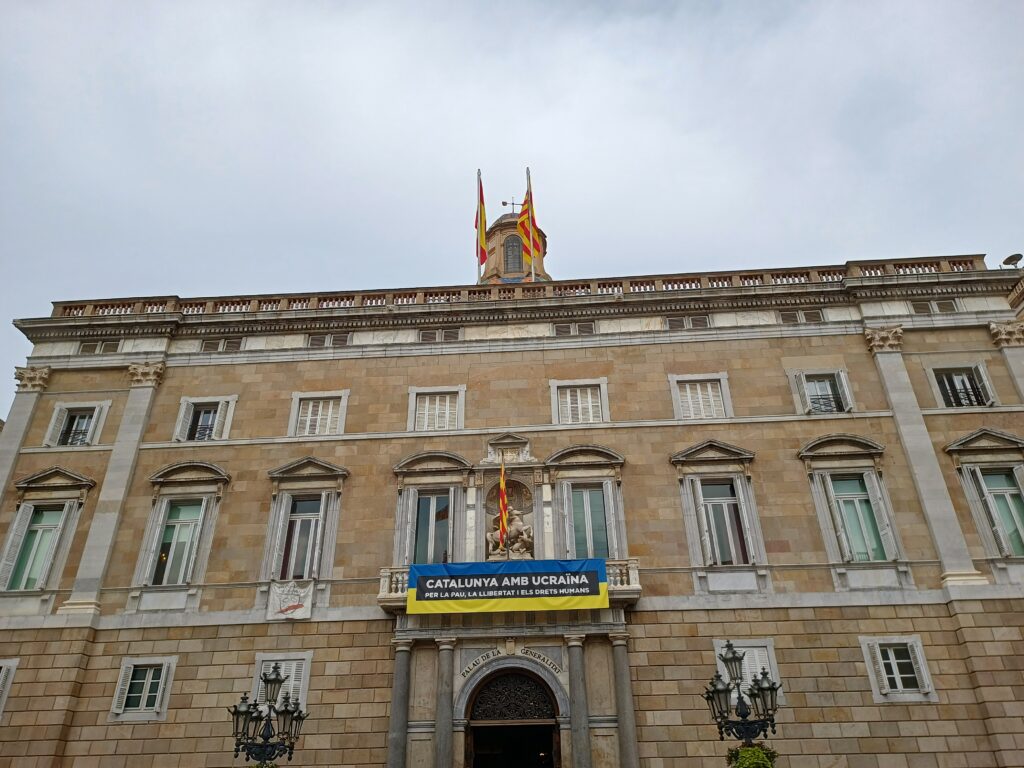 The Barcelona History Museum was a priority but a lot of it was closed for renovations. At least the Roman part was open. Although Barcelona wasn’t as important as Tarragona for the Romans, their town here was extensive. The exhibit included the foundations of houses, columns etc. 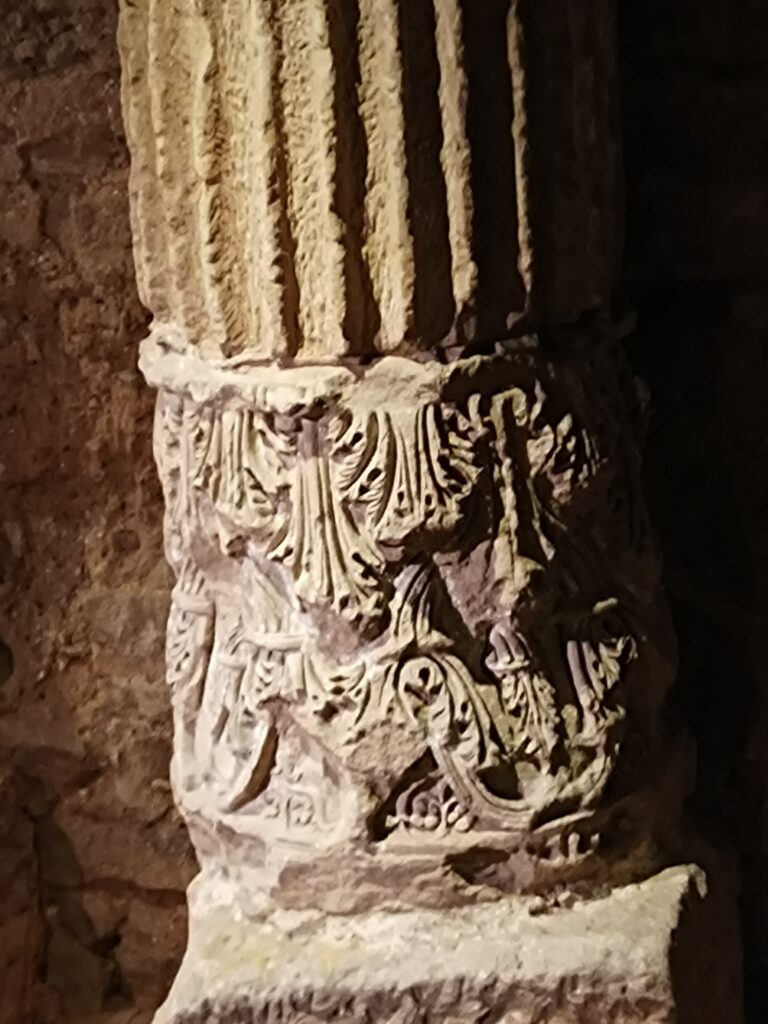 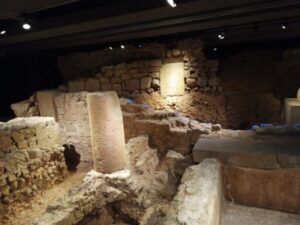 I can’t say it was well presented. It could have used better lighting as the walkways were dim.

Lunchtime! Time for pinxtos at the excellent Bilbao Berrida. 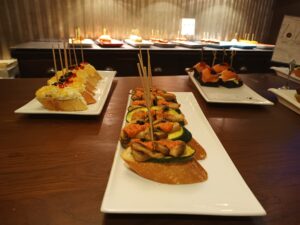 After lunch I stopped by the Temple of Augustus. 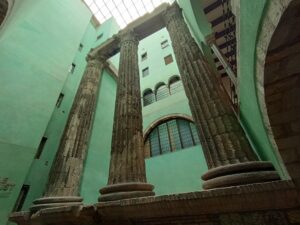 Wandered the Jewish Quarter, El Call, and the square Neria which was used in a scene from Woody Allen’s Barcelona.

European cities always have great Jewish quarters probably because they were the least likely to be “modernized” after WWII. 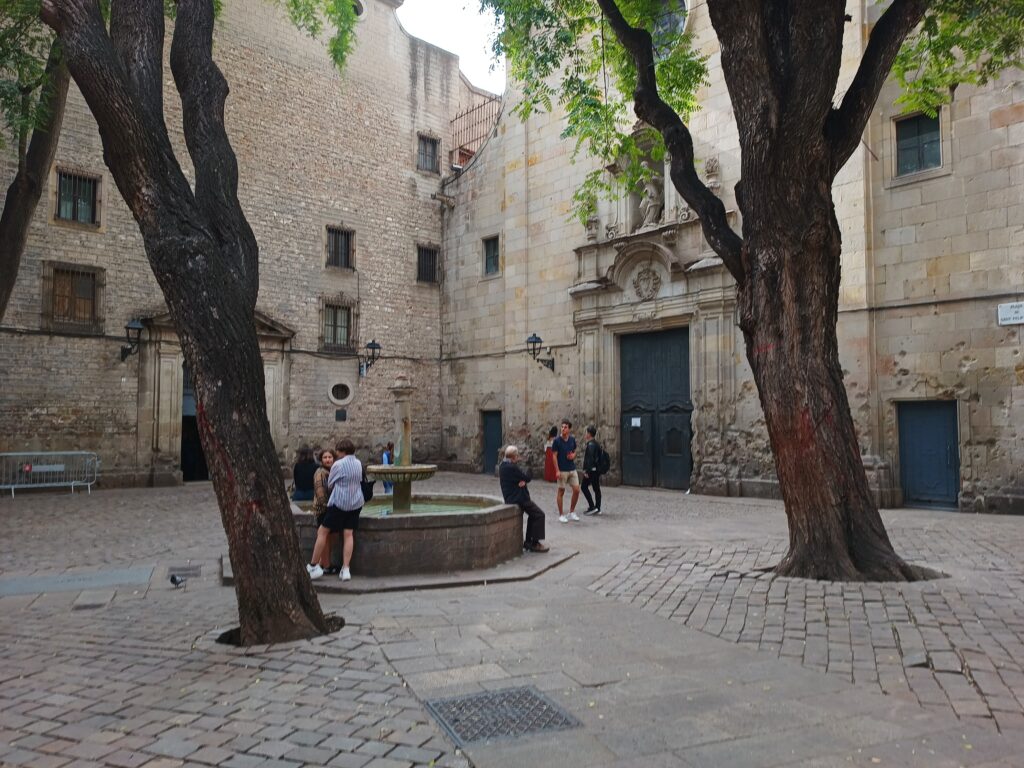 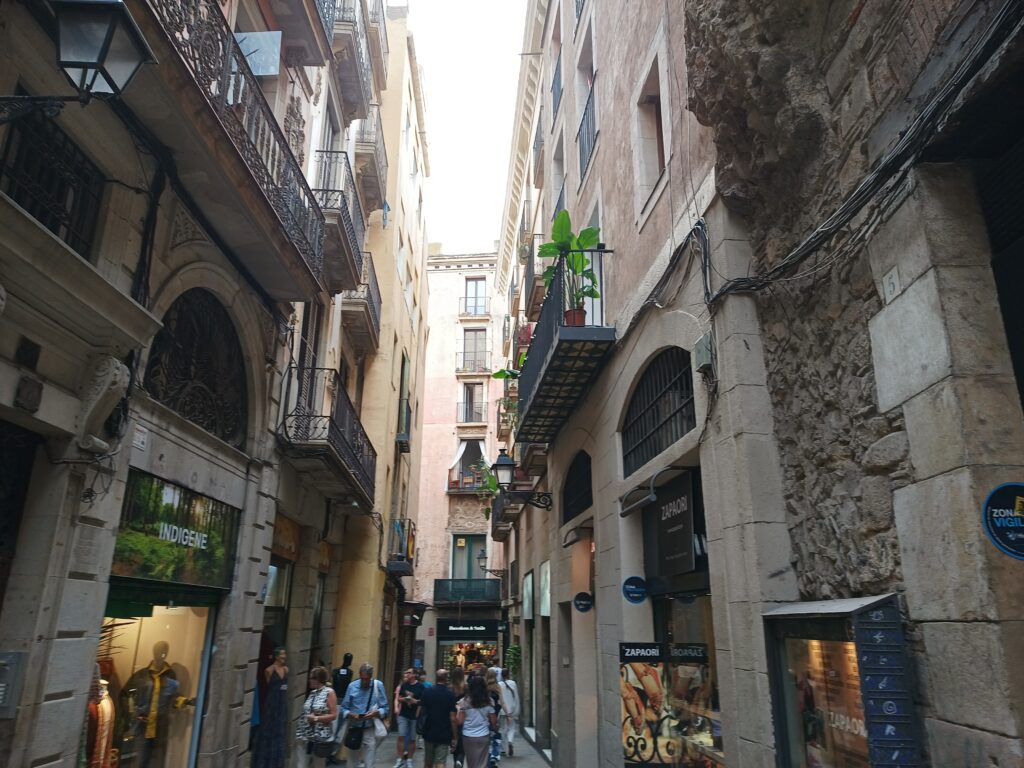 I finished off the day exploring the streets around my neighborhood Discovered the lively pedestrian Carrer de Blesa street lined with a dozen tapas bars. I dove into one, gobbled some pinxtos and called it a day.