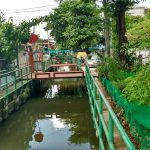 So I left the hotel at about 10 this morning. Most museums & sites were still closed: the Grand Palace, the national museum, the emerald Buddha – all closed.

Seemed like a good idea to head to the river and look for a river tour. So I took the Metro to Saphan Taksin trying to figure out the complicated boat system. It turns out that the water was too high to take one of the Long Boat Tours that would go into the canals. It certainly looked very high. I don’t know what Bangkok will do with sea level rise.

Anyway I wound up taking the orange boat line up the river. I wasn’t sure where I was going to get off but then I saw the striking towers of Wat Arun and decided to disembark there. 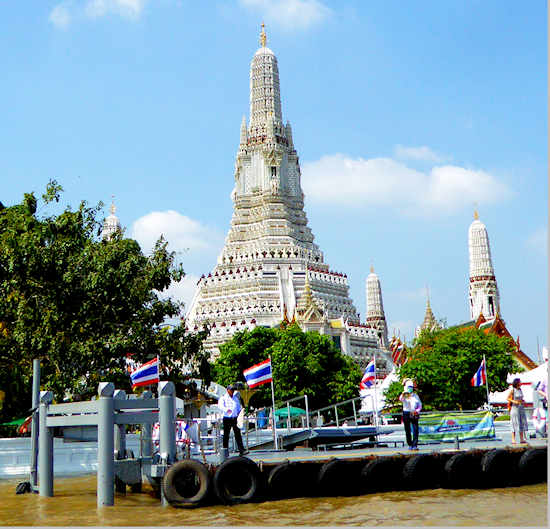 Before before touring the temple I decided to take a stroll around the neighborhood which was on the other side of the river in the Thonburi section.

It was  a revelation; a surprising step into old Bangkok. 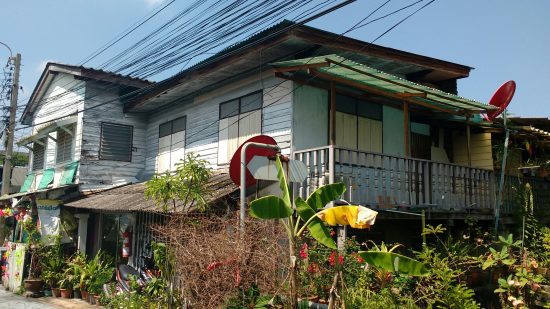 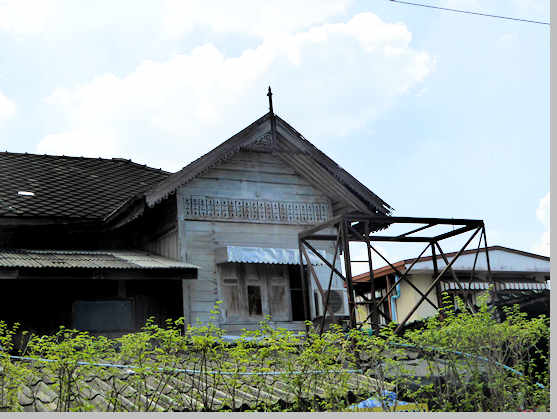 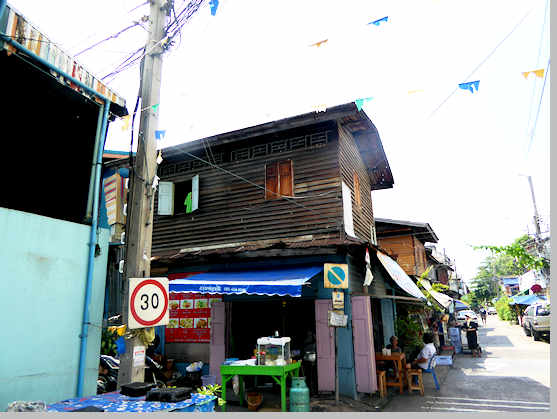 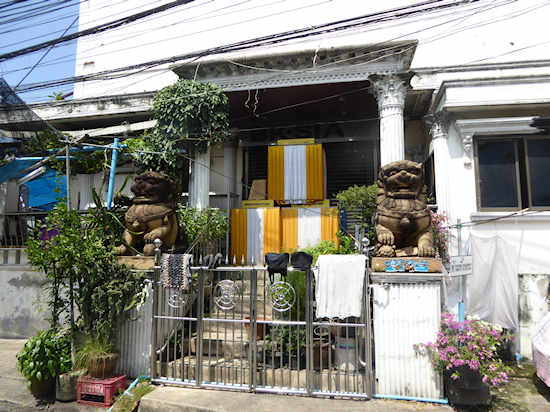 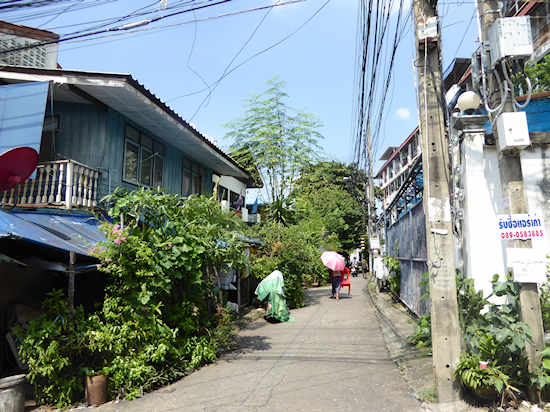 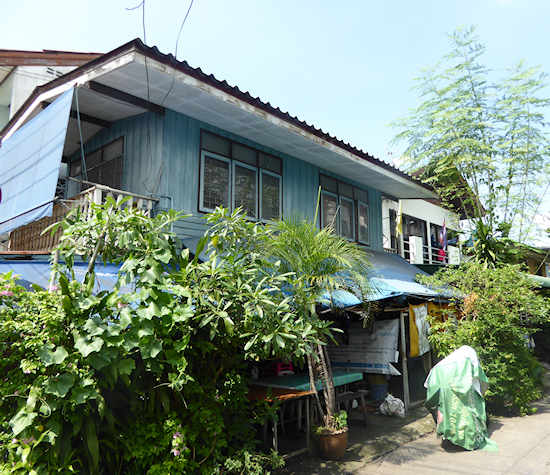 I walked up one of the Khlong (canals). 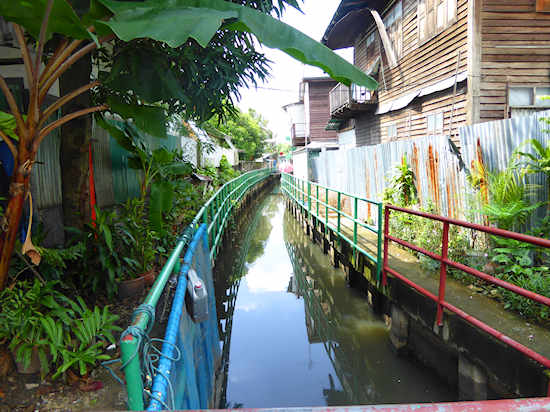 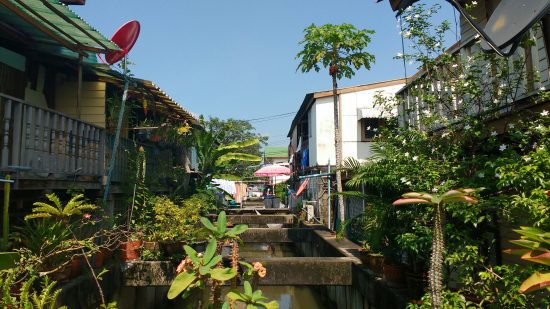 It was quiet and overgrown with plants and trees. All you could hear were birds chattering and roosters crowing. There were a few people outside chatting, repairing bikes, frying dumplings. 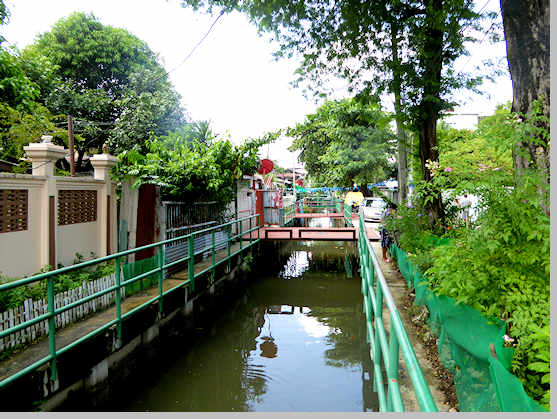 The canal opened on to a much busier street lined with various stores and shops selling sundry goods such as garden supplies, auto parts, household supplies, etc. I stopped for a coke in a local cafe which, blessedly, had AC. 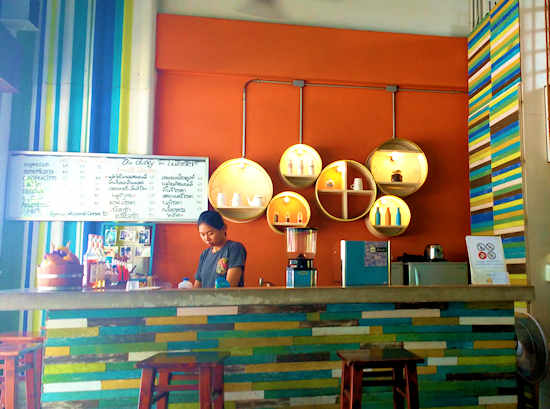 It was along here that I found a gold pendant for my necklace.

I headed back to Wat Arun for a look around.

I think they were more people than usual because so many other temples were closed, at least the most famous ones. I’ve never seen a temple like this before, completely covered in porcelain.

It was not possible to go inside but there’s a great deal to examine on the outside, particularly the exquisitely painted porcelain. 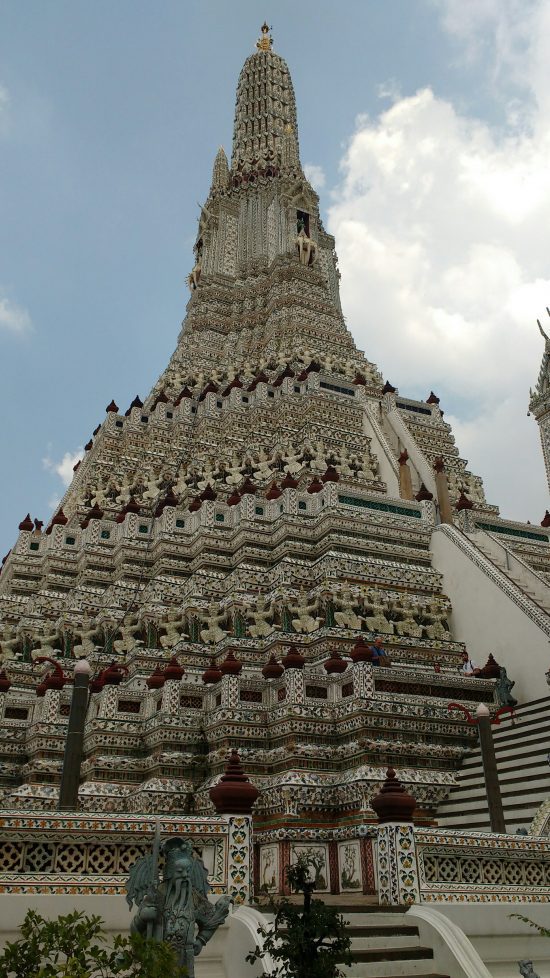 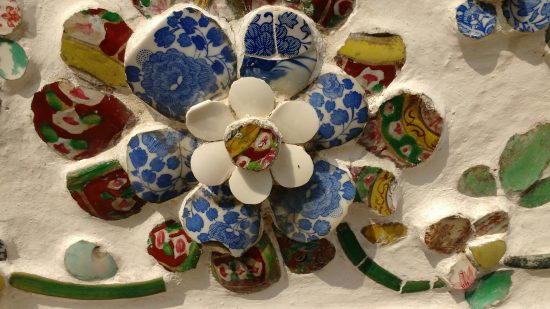 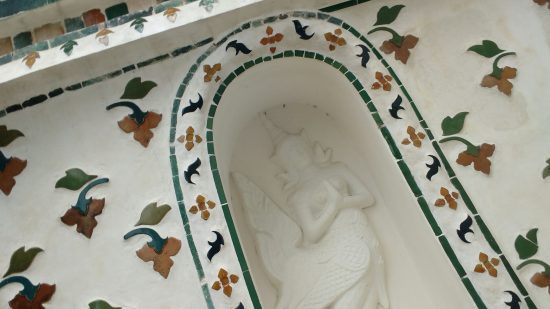 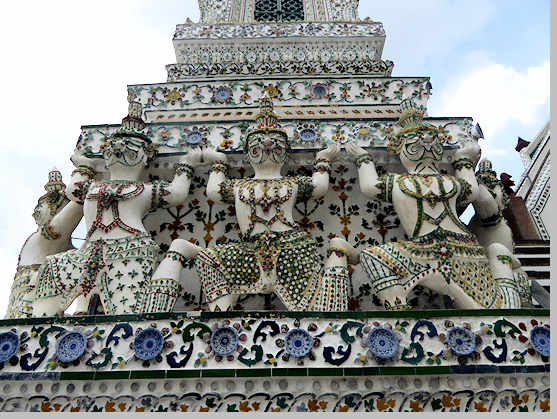 After this visit which took place around 2pm things slid downhill quickly. I was melting from the heat and kept getting on the wrong boat before I finally found myself in the Chinatown section where I stopped for a very long time in the beautifully air-conditioned Starbucks before heading back.

Once again the hotel swimming pool was a lifesaver and I had a wonderful Egyptian meal down the street at a place called Arabesque.

I’m getting a little burned out on the Atlanta hotel. The pool is glorious and the hotel has history and a lot of personality but the rooms are quite bare and the location is just a little too far from everything.