I had some time before my train to Bukhara was due to leave so I decided to take a long look at the Gur-I-Amir mausoleum which was just steps away from my b&b. Although I had looked around a little bit on the day of my arrival I hadn’t gone inside because it was too late.

It was pouring rain but the most interesting part or at least the part that I hadn’t yet seen was inside. It was where Timur “the great” and his sons were buried.

Morning was apparently a bad time as this is when tour buses arrive. It was jammed. It was the first time that I felt overwhelmed by tourism. 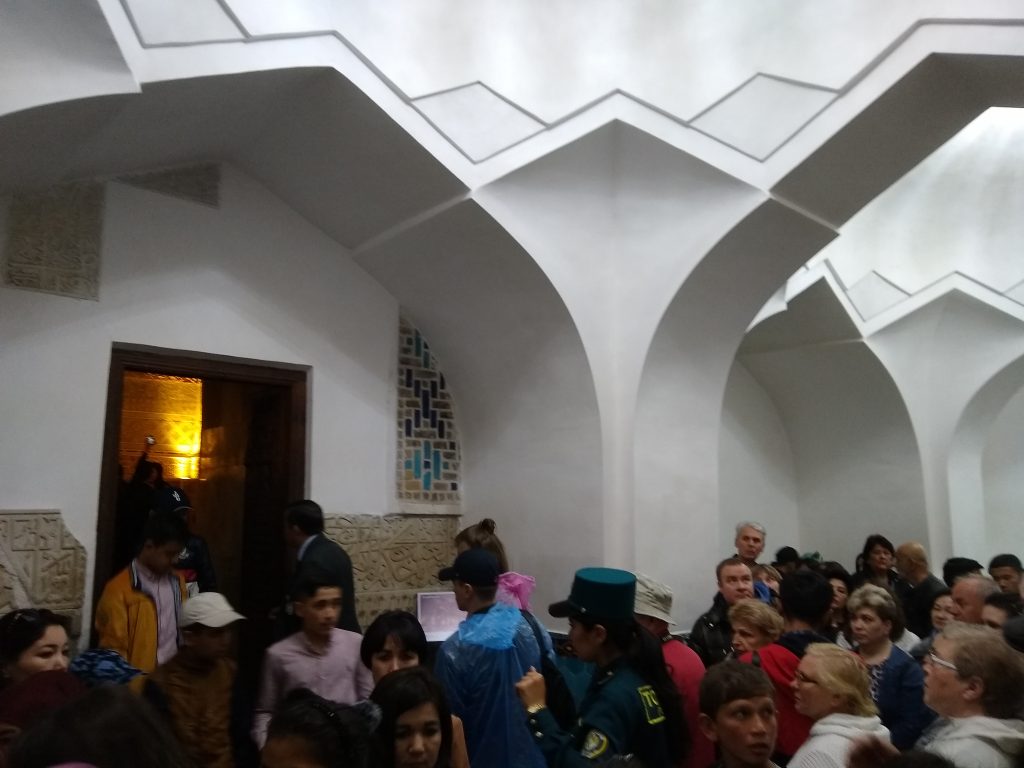 The main part of the mausoleum is the spectacular indoor room where Timur and his sons are buried. It was jammed. Although glittering with mosaics and gold leaf, it seemed artificial to me. Perhaps it was recent or very heavily restored. 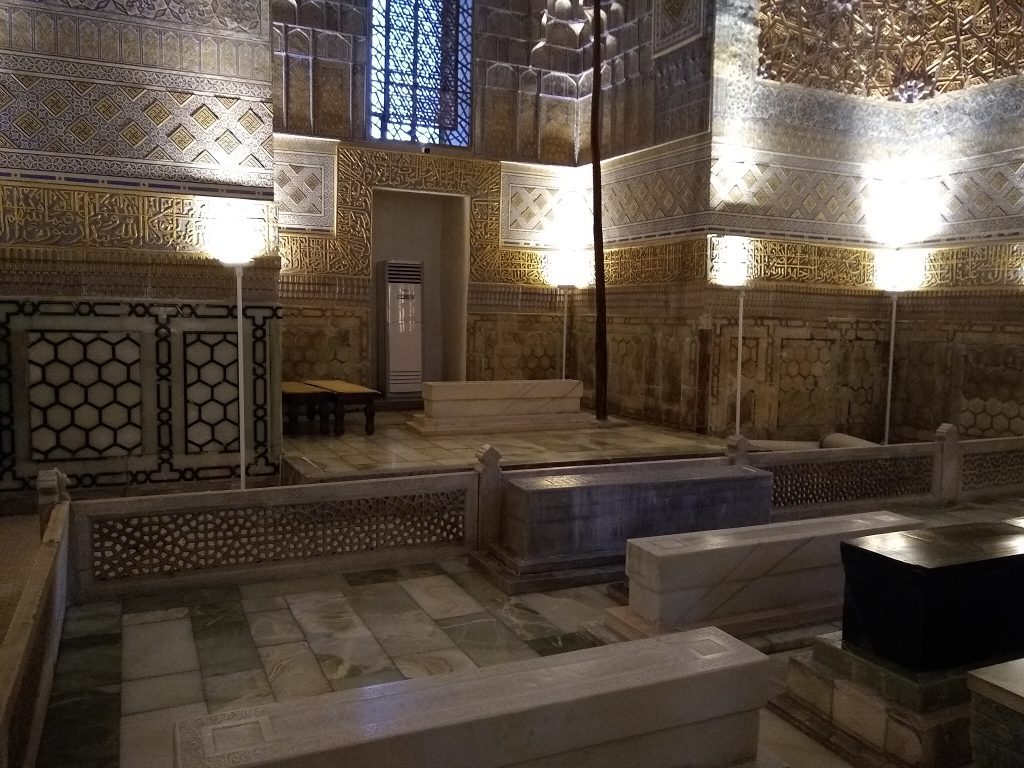 I got a taxi across town and managed to catch the train for once and it was a comfortable and easy three-hour ride. What is it like to be a woman traveling alone in Uzbekistan? It means you never have to worry about lifting your own bag in a public place. There’s always a guy around to help you out. I like that.

The hotel in Bukhara was the Mukhlisabegim which was centrally located even though it made a humble first impression. No one spoke English so bring out Google translate again. It was a typical Jewish merchant house where rooms were arranged in two storeys around a central courtyard.

The main order of business after arriving in Bukhara was to figure out what I was going to do about Khiva, that is whether it would be possible to get there as part of a tour.

I went to a nearby travel agency–Emir–on the vain hope that somehow Emir would find a way to get me to Khiva somehow. I thought that possibly I might be able to work out a an overnight tour with some other people in the minibus or whatever but that just doesn’t seem to be happening. So we went over various options dealing with possible trains and possible shared taxis but frankly it just seemed like a long and exhausting trip across the desert and back. I asked him if he thought it was worth it and he pointed out that it’s not a living city like Bukhara and that maybe I should do it next time. I agreed. No Khiva for me.

Meanwhile it’s true that Bukhara is the first place I’ve been to that shows a central Asian city unmolested by the Russian demolition and reconstruction squad.  I’m looking forward to exploring it.

You can walk places; everything is not a taxi ride away. I had an excellent meal this evening and even tasted some Uzbekistan wine which was delicious! The restaurant was Mizrihi and was only steps away from my hotel. Of course it was filled with Westerners, mostly French but that seems to be par for the course.